Get ready to give a final farewell to summer, Montrealers 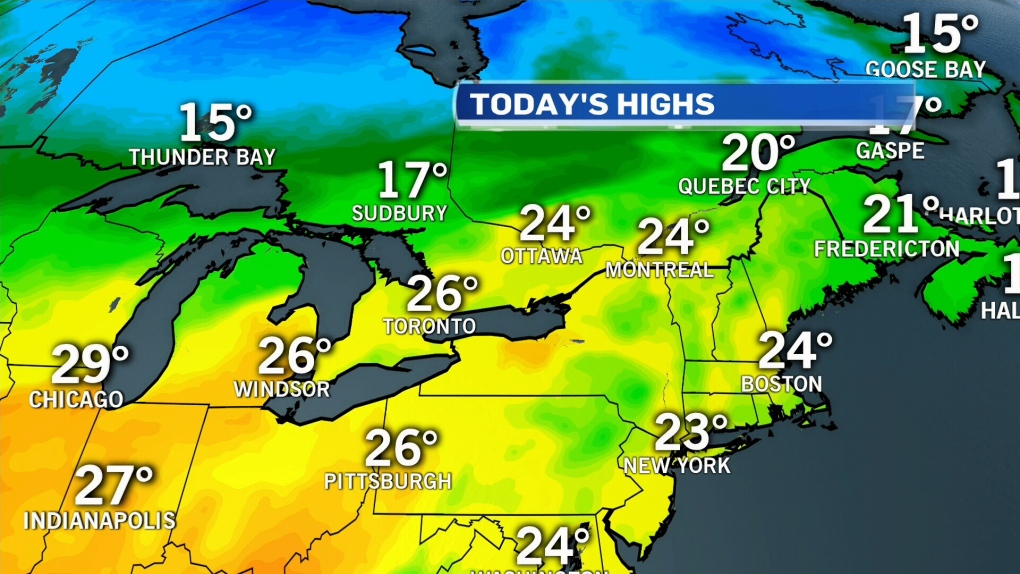 MONTREAL -- Montrealers could get their last taste of summery warmth on Wednesday. The temperature in the city is expected to climb to 24 degrees Celsius, 5 degrees above average.

Daytime highs will warm into the mid-twenties across southwestern Quebec stretching back towards southern Ontario, with strong southwesterly winds. The region is expecting to see winds gusts of up to 50 km/h. 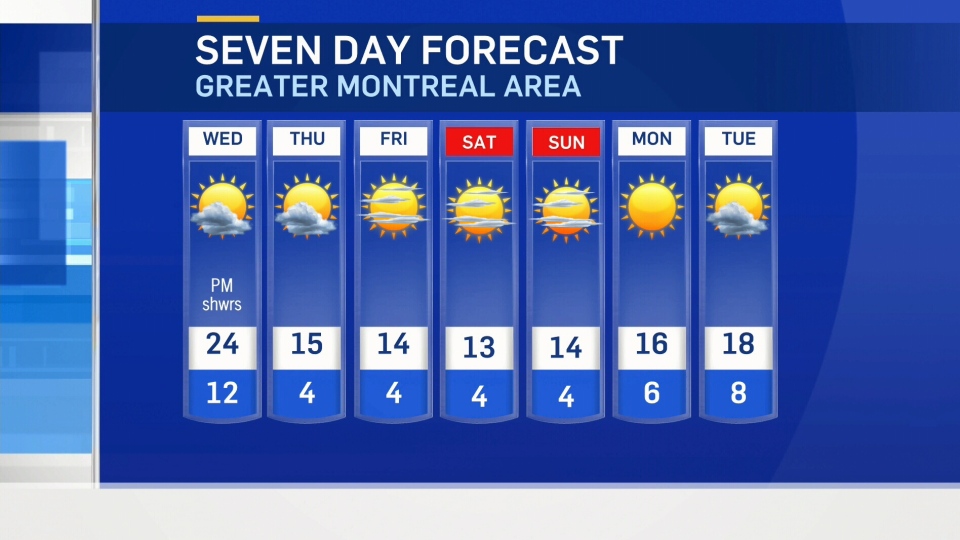 After an exceptionally hot and humid summer, cooler air started to push into Montreal beginning mid-August, putting an end to the extreme heat. The last 30-degree day of the season in Montreal was recorded on August 11. The city recorded 25 days with temperatures at or above 30 degrees Celsius, compared to an average of 9. (The record for most 30-degree days is 33 set in 1955.)

On average, Montreal typically records at least one 30-degree day in the month of September. But not this year. After Wednesday’s warm-up, temperatures will remain below average until early next week, with daytime highs climbing into the low 20s at most after that.