Gas prices in Montreal spike to over $1.50 per litre for first time in years

Those lending their vehicles to friends in the Greater Montreal Area might want to politely start asking those friends to put a couple of bucks in the tank.

CAA Quebec is now quoting the realistic price-per-litre at the pump at ¢151.1-per-litre, and the average pump price in Montreal is ¢148.0. 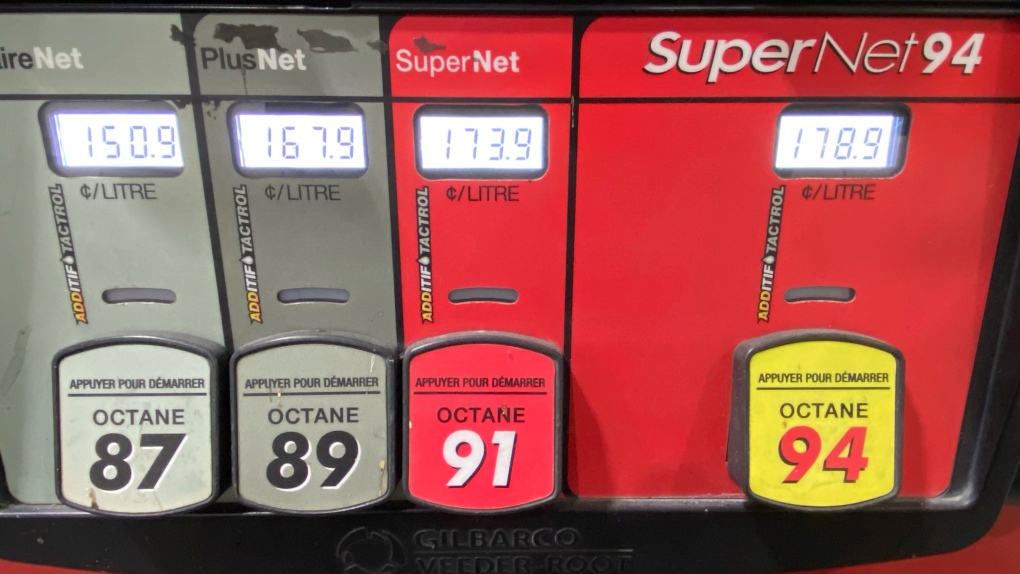 Prices at the pump in Montreal spike and went about 150 cents for the first time in years. (Cosmo Santamaria/CTV News)

Prices at the pump in Montreal spiked to above $1.50 for the first time in years. (Cosmo Santamaria/CTV News)

Some commuters have pulled up to the pump and seen prices even higher than CAA's realistic price.

"Two customers of mine came in saying they were paying $1.52 downtown," said Brian Goodleaf who runs Goodleaf's Gas on Highway 138 in Kahnawake.

Those filling at Goodleaf's will pay $1.43/litre and $1.54 for premium, as Kahnawake's pump prices hover at three to five cents lower than neighbouring Chateauguay.

The realistic price in Monteregie, where Chateauguay is located, is ¢146.2.

CAA-Quebec calculates the realistic price by adding the "rack price plus transportation costs and applicable taxes."

The organization says pump prices at gas stations in the same area can vary "depending on how they compete with each other, on what types of gas station they are, and on their sales volumes, among other things," CAA-Quebec said.

The cost increase is due to a spike in oil prices. On Sept. 7, crude prices were around $68 per barrel, and they jumped over $10 and are hovering around $77-per-barrel.

Family members are still searching for answers after the RCMP apologized for not properly investigating an Indigenous woman's death more than five decades ago.

Children ages 1-9 in London were made eligible for booster doses of a polio vaccine Wednesday after British health authorities reported finding evidence the virus has spread in multiple areas of the city but found no cases of the paralytic disease in people.