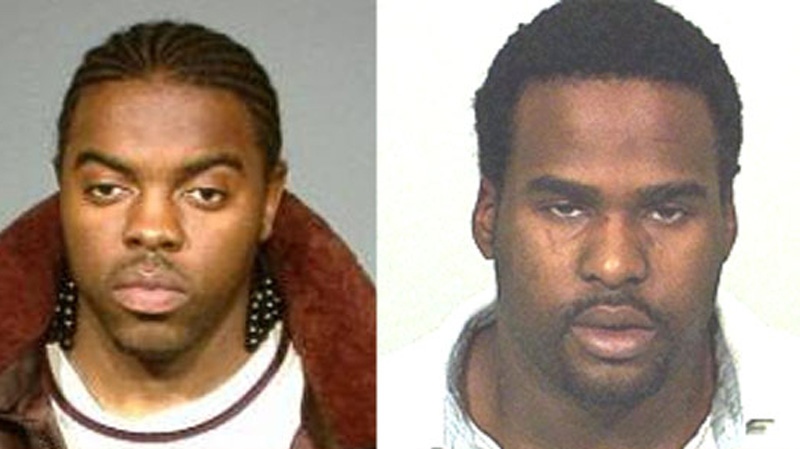 MONTREAL - A gang war that has claimed at least two victims started a few weeks ago north of Montreal with a splashy scene befitting a TV crime drama, according to a QMI media report, which cites an unnamed police source.

The story has it that alleged Bo-Gars street gang leader Chenier Dupuy (a gang sometimes known as the Reds), was invited along with several other street gang leaders to a meeting in Ste. Adele at which a top local Hells Angels gang leader explained that they would all be working together in the future.

Dupuy allegedly angrily refused the biker gang takeover and even slapped and swore at the biker gang leader in front of the others assembled before storming out.

Police, as the story goes, soon warned Dupuy that enemies had put a bounty on his head. But Dupuy did not keep a low profile and was even involved in a very public bar fight with rivals a few days later.

Dupuy was a physically powerful powerful man with a long rap sheet. He had survived a shooting in 2008 outside the Solid Gold strip club three days after being released from prison on weapons charges.

Later in 2008, Dupuy was pulled over in his girlfriend’s Lexus with a large quantity of cocaine, crack and marijuana, which he collected from a north-end garage run by an Italian-Montrealer.

Dupuy was sentenced to 78 months in prison in February 2011, of which only 20 months remained after time served while awaiting trial.

But after his release Dupuy was apparently back leading the gang this summer. And on Friday August, 10 weeks after the alleged Hells Angels meeting, Dupuy was shot dead in the parking lot at the Galeries d’Anjou.

Dupuy was accompanied at the time of his murder by former Pelletier street gang lieutenant Hansley Joseph, who was injured, but survived a shooting.

Joseph also had a criminal past, having been sentenced to 69 months in (five years and nine months) in February 2007 for his role as assistant to Bernard Mathieu of the Pelletier Gang.

The second confirmed gang-related murder last weekend took place just 36 hours after the Galeries d'Anjou shootings, as Lamartine Severe Paul, 42, was killed outside of his apartment in Chomedey, Laval.

Paul is said to have also rebuffed the Hells Angels along with Dupuy at the Ste. Adele meeting.

Paulo, as he was known on the streets, was a debt collector and cousin of Ducarme Joseph, who was targeted in a March 2010 attack in an Old Montreal clothing boutique, which resulted in two deaths.

The murder of a 22-year-old male in Ville St. Pierre Friday night is not yet known to be linked to the drug war, but authorities have noted that the victim was known to police.

There is much speculation that the drug war has been prompted by the impending release of alleged Montreal Mafia don Vito Rizzuto, who is to be released from a U.S. federal prison in Colorado October 6, after serving a murder rap.

Many of Rizzuto’s associates and family members were killed while he was behind bars.

The Mafia killings ended after Salvatore Montagna was murdered near Montreal on November 24, 2011.