Francois Legault says he has strong team for Quebec election 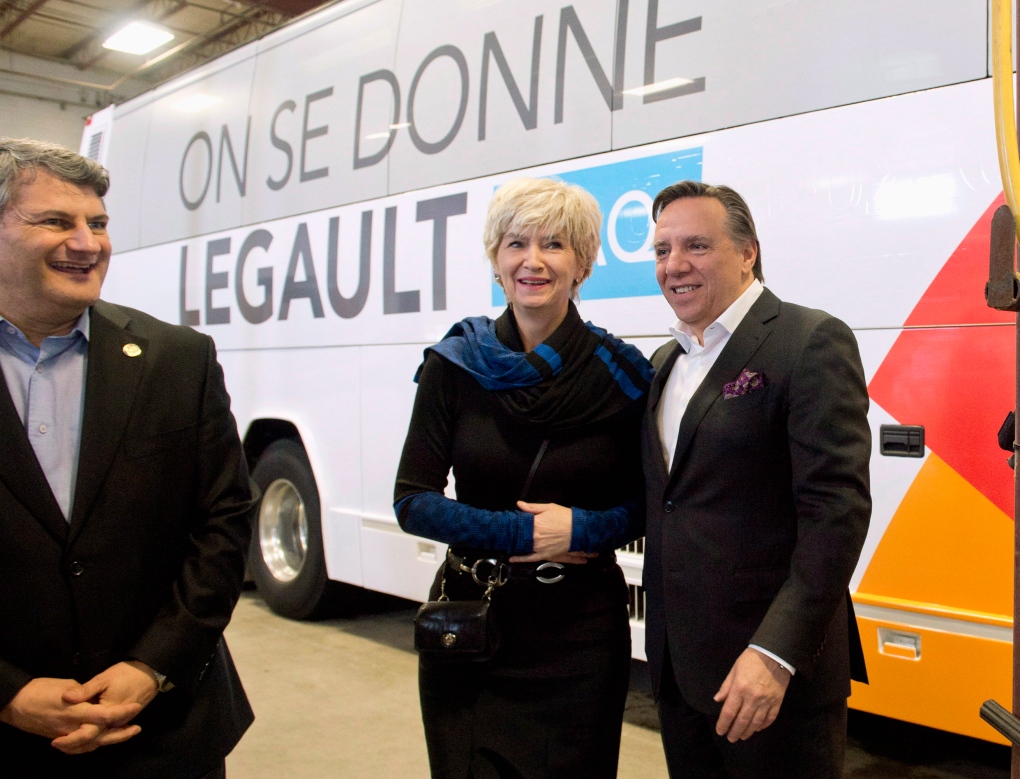 MONTREAL -- Much has changed since Francois Legault's Coalition for Quebec's Future was seen as a possible game-changer before the 2012 provincial election.

That's when it was seen as a contender to form a government.

Now the party trails in public opinion polls behind the Parti Quebecois and the Liberals, invoking memories of the party it replaced, l'Action democratique du Quebec.

The ADQ was reduced to just seven seats in 2008 after surging to official Opposition status 20 months earlier.

Legault has vowed this election campaign will be "the battle of my life."

It will certainly be the fight of the political life of the experienced politician, who promised to spend the next decade in politics when he took the helm of the Coalition in 2011. He appears undaunted by the party's third-place status as the writ is dropped.

"It's very difficult in Quebec, like elsewhere, to know the ideas of an opposition party between election campaigns," he said as he showed off his party's new campaign bus. "It's easier to do it during the 35 days of the campaign.

"I have a lot of hope that Quebecers will be fed up with the old parties who spend a lot, who tax a lot."

And he noted the Coalition starts this campaign much as it did the last one.

At dissolution of the national assembly on Wednesday, the Coalition had only 18 of the province's ridings.

Legault and his party went into the legislature after the last election saying they wanted to make government work. They argued for compromises on efforts to toughen up Quebec's language laws and the province's secularism charter.

More often than not, their opponents accused them of propping up Premier Pauline Marois' minority government because they weren't ready for another election fight.

The PQ eventually shelved the language law changes when getting it passed appeared more unlikely. It will likely use the secularism charter as a cornerstone of the strategy of identity politics in this campaign.

As an election call looked more likely, Legault, who has a penchant for populist promises, became more aggressive, trying to steer the debate back to the province's struggling economy.

He has also pressed Marois to address lingering questions about ties between the PQ and organized labour after testimony at Quebec's corruption inquiry that union bosses pondered lobbying her to kibosh public hearings.

But it remains to be seen how much of an impact the more forceful tone will have.

Bruce Hicks, a political scientist at York University in Toronto, said the PQ has flummoxed the Coalition by co-opting the reasonable-accommodation-of-immigrants issue that was successfully exploited by the party's precursor, l'Action democratique.

He said Legault stumbled in the last campaign by overestimating his party's chances for success and this time he will have to take a firmer control of the campaign discourse.

While he pointed out anything can happen in an election, Hicks also questioned the strength of the Coalition's ground game and finances, saying it didn't have the resources to conduct the type of campaign to form a government last time.

"I can't imagine their financial situation and their volunteer situation is any different than it was in the last campaign and is probably weaker, in which case they are going to have a serious struggle just to stay in contention as the third party."

Legault says he is proud to compare his team to those of the other parties.

"We are better prepared than last time," he says.

"We already have 110, 115 candidates chosen, our platform is written, our game plan for the next 35 days is prepared, our advertising is ready. We have a better team than last time, not all well known, but competent, especially on the economy. By far the best team on the economy."

Any bench strength would be an improvement on recent months when the party lost its president and chief organizer as well as its biggest star in the legislature, former corruption fighter Jacques Duchesneau.

Duchesneau said it was a difficult decision for him not to run but said another mandate would have been difficult for his family. He was also disillusioned by the extremely partisan nature of politics.

The former Montreal police chief said he still respects Legault but acknowledged the party hasn't done as well as expected.

"Maybe we have to take the responsibility for that," he told reporters as he announced his departure.

"Well, maybe we have to look at that. I'm telling you the ideas are there. The team is there."