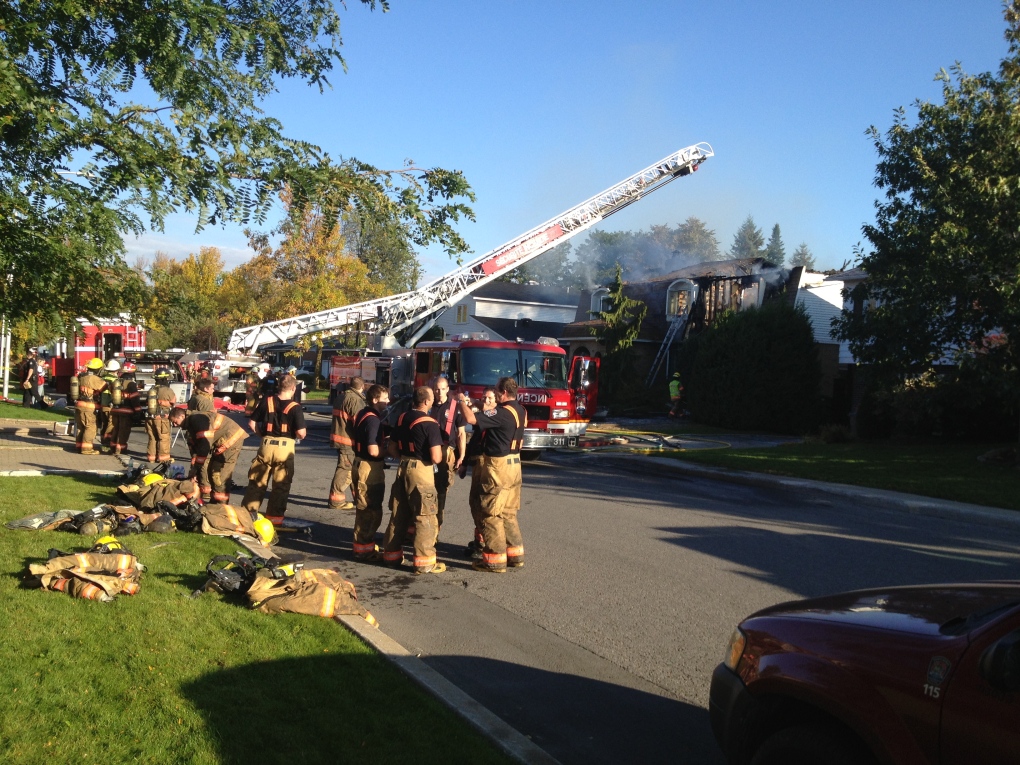 Firefighters gather to extinguish a blaze that erupted outside a Boucherville home this morning.

Firefighters are working to extinguish a blaze that erupted outside a home on Etienne Brule St. in Boucherville, Que. this morning.

The fire broke out at 7:25 am, outside the back of the two-storey house.

A young woman -- who was the only person home at the time -- managed to get out of the house safely and call 9-1-1.

About 30 firefighters were sent to the scene to combat the flames. Despite their efforts, the fire destroyed the house and damages are estimated to be roughly $400,000.

The Longueuil fire department has said that a propane tank behind the residence also burst into flames.

It is still too soon to determine the cause of the blaze.