EMSB to test all schools for lead in drinking water 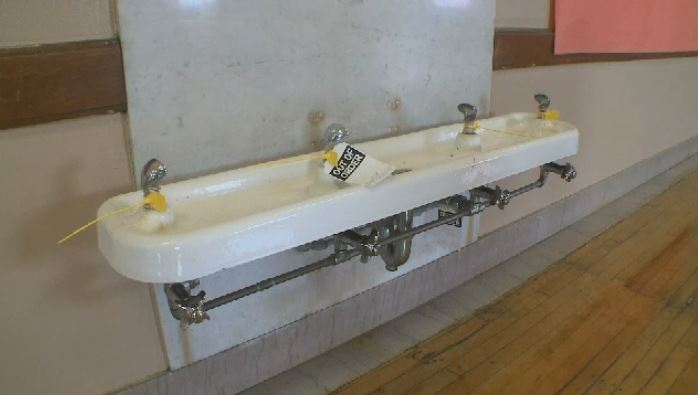 MONTREAL - The levels of lead in drinking water at all EMSB schools will be tested, the school board announced on Tuesday.

The announcement followed several investigations that found higher than recommended levels of the toxic metal in drinking water at several Quebec schools and in many homes across the country.

Accredited laboratories will perform the tests. If lead levels are found to be higher than recommended levels, the school board will implement "corrective measures," but did not specify what those were.

Tests on elementary schools and buildings built before 1981 are considered a higher priority, and will be completed by June 23, 2020, the EMSB said in a letter to parents. In the meantime, schools can install signage at water fountains and sinks warning staff and students to run the water for at least one minute before drinking from a fountain, or five minutes before drinking from a sink.

Water in washrooms and cloakrooms should only be used for the washing of hands, the school board said.

A group of dozens of journalists, including some at Concordia University, recently investigated the concentrations of lead in Canadian water. They found, in municipalities across the country, including Montreal, lead levels frequently exceeded recommended levels.

In October, La Presse reported that drinking water in some Quebec schools too often exceeded provincial recommended levels, prompting the ministry of education to issue a directive ordering that all schools test lead levels according to new methods. Formerly, analysts tested lead levels after running water for five minutes -- after which much of the lead was flushed out.

Lead levels are much higher when taken from the water as soon as it flows from the tap -- also the water most people drink, researcher Sebastien Sauve told CTV in October.