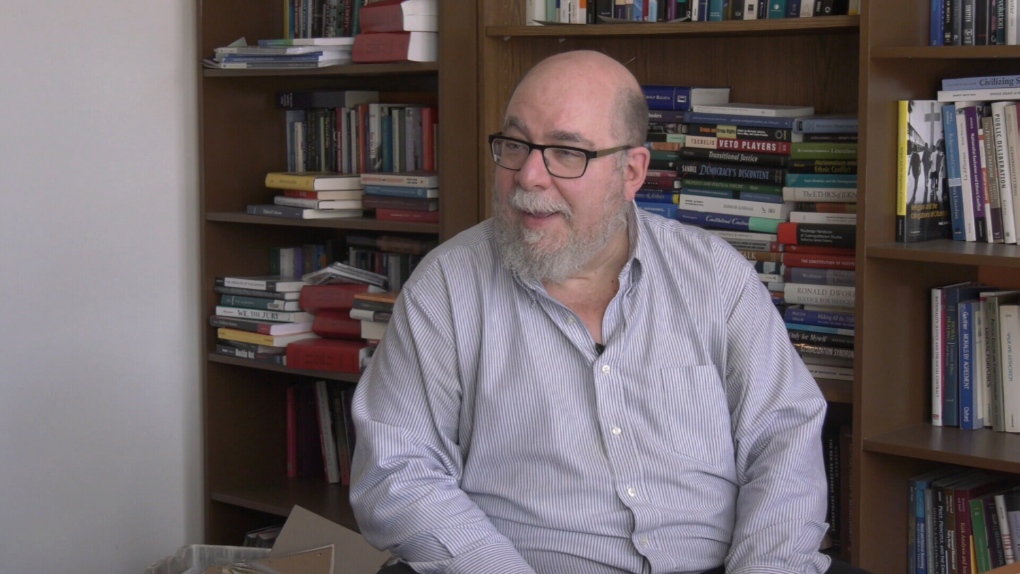 MONTREAL -- Quebec’s education minister publicly apologized to a prominent McGill philosopher on Sunday, saying he still hopes to hear what the professor has to say.

Daniel Weinstock was removed from a public forum on how to replace a class on ethics and religious culture that had been eliminated from the province’s curriculum.

His removal came shortly after the publication of false allegations he had advocated for female circumcision by a Journal de Montreal columnist.

On Friday Weinstock said Jean-Francois Roberge had called him to “make amends,” but Weinstock said the minister needed to address the issue in public.

In a statement released on Sunday, Roberge said he offered “my sincere apologies to Mr. Daniel Weinstock for having excluded him as an expert,” from the consultation forum.

While the ministry had previously said they would not re-invite Weinstock, saying some of his past comments were “confusing,” Roberge altered course in his apology.

“I would like to state publicly that the Ministry of Education and Higher Education wishes to hear his views and I hope he will present his point of view at the next forum.”

In a Facebook post, Weinstock said he appreciated Roberge's apology and would make himself available to give his input either at an upcoming forum or at other stages of the consultation process.

"I know and appreciate that apologies in politics are not easy and I appreciate the fact the minister has made one publicly," he wrote. "I thank all those who came forward during these past few days to support me. It's a win for academic freedom and for democratic debate."

Richard Martineau, the Journal de Montréal columnist, has admitted his column was inaccurate but has refused to apologize.