Darren Dreger: Can the Habs sit a goal scorer if they can't score goals? 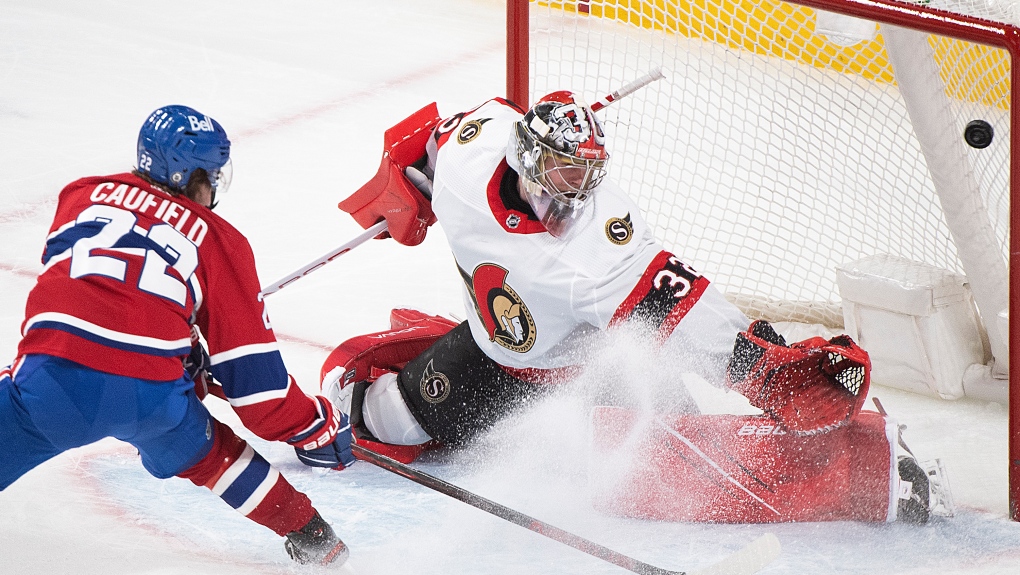 MONTREAL -- As the Montreal Canadiens – Toronto Maple Leafs playoff matchup nears, it looks like Habs coach Dominique Ducharme is going with a veteran-laden lineup: Joel Armia, Corey Perry are in and Jesperi Kotkaniemi and Cole Caufield are out, based on the lines right now.

“I would find it difficult, given the extraordinary amount of inexperience that Cole Caulfield has… why you wouldn't have him in the lineup despite that fact,” said Dreger. “I mean, what the kid has shown in a short period of time here is that he can score goals and big goals, I mean, a couple of overtime winners.”

Caufield has played in 10 games for the Habs, scoring four goals and one assist.

“Is there potential for him to be a defensive liability out there? Of course there is, but how is he going to earn that valuable experience, if he's sitting in the press box? And you're a team that has struggled for a long time, I might add, in generating offence,” said Dreger.

Kotkaniemi hasn’t fared as well, and hasn’t scored since March 30, a 24-game stretch in which he was limited to four assists.

“I mean his game isn't there, I get that, and they've tried everything with Jesperi Kotkaniemi to get him back on track. But I still feel like players like that who, I don't know if he's proven that he can play at that level, but let's think back to the bubble and return to play and how much we talked about Kotkaniemi and Nick Suzuki, because they, in many forms, led the Montreal Canadiens and had a great return to play, an unbelievable experience,” said Dreger.

Ducharme should put them in, and can still make changes after game 1, said Dreger.

“If you play them in game one, and the game doesn't go the way you had hoped either defensively or physically speaking, well, obviously you can make the change, as head coach, preparing for game two,” he said.

It’s the coach’s call, but Bergevin factors in, said Dreger.

“At the end of the day, it would be the coach’s decision, but I can’t imagine Ducharme wouldn’t have that conversation with Marc Bergevin,” said Dreger. “For a number of different reasons.”

Bergevin has a wealth of experience as a player and as an executive at different levels – why wouldn’t you use that, he said.

“From a hockey standpoint, it would make good sense to me that Ducharme and Bergevin would have that conversation,” he said.