Dan Robertson: The Canadiens are missing the fans -- and I am, too 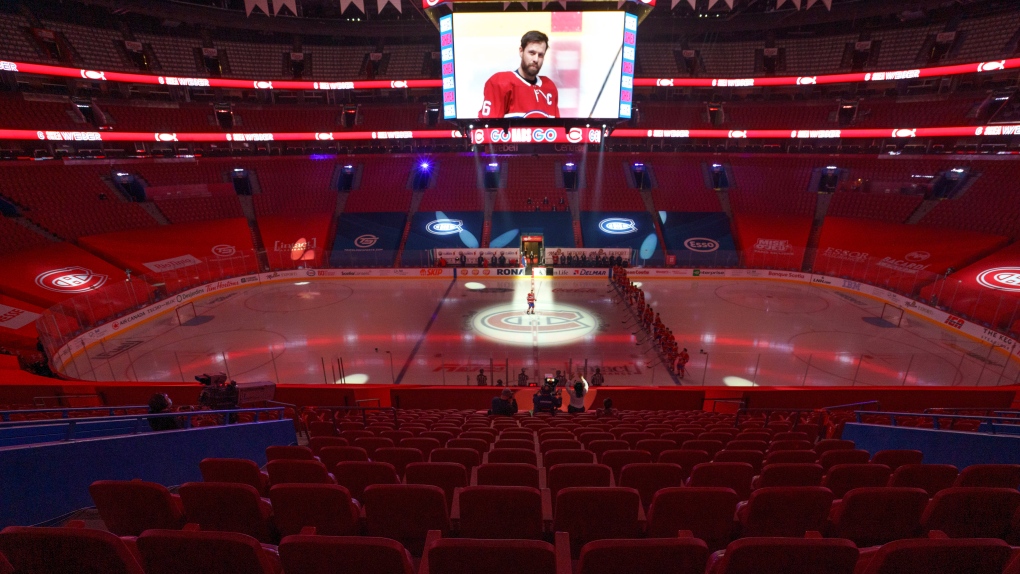 Montreal Canadiens captain Shea Weber is introduced before of an empty Bell Centre for the Canadiens NHL home opener against the Calgary Flames in Montreal on Thursday, January 28, 2021. THE CANADIAN PRESS/Paul Chiasson

That wasn’t exactly the sentiment I expected from the Canadiens captain when I spoke to him via Zoom on Tuesday.

I had asked Weber if it’s tougher to get mentally and emotionally prepared for games this time of the year, particularly because the schedule is so condensed. He said something is missing.

“Especially when you’re playing at home, there’s times when you’re not feeling your best and the crowd’s there to get you going,” said Weber. “This year in the bubble, you kind of have to generate that yourself as a way to get that second wind and energy.”

Weber’s comments made me think about the things I miss while calling games at the Bell Centre, without fans in attendance. While I will never take for granted the privilege of calling games there, there are constant reminders of just how bizarre the whole experience is these days.

The thing I miss the most is obvious: The incredible energy from the crowd when the Canadiens are in a tight, exciting game. But there are other ‘personal’ things that make the game-day experience special for me: Pulling into the parkade under the Bell Centre, saying 'hello' to the familiar faces at the front desk and taking the elevator to the media lounge. Chatting with colleagues about hockey (and whatever else) a couple of hours before puck drop while that feeling of excitement starts to build. The roar of the crowd when the Canadiens hit the ice prior to the anthem(s). Taking a break between periods and ‘people watching’ while fans in the upper bowl enjoy a beer or two. The feeling as people file out of the arena after a big win… and so many other things.

In a sense, it was reassuring to hear Weber mention the crowd and remind us that while fans miss going to the games, the feeling is mutual among the players. As difficult as it can be, I try not to dwell on the empty Bell Centre. I prefer to imagine what it will be like when the building is filled once again. Goosebump City.

I think Josh Anderson must have thrived in geometry as a student (do they teach geometry anymore?). You know the old nugget: "The shortest distance between two points is a straight line."

You have to admire the way Anderson plays: a no-nonsense, ‘stop-me-if-you-can’ approach to driving down either wing with force and purpose. When he hit the ice with Montreal during training camp in January, Anderson’s speed generated the main buzz among the media members. We’d all seen him before, mostly from afar, but to see him up close with that kind of pace at 230 pounds was eye-popping. The 26 year-old certainly played to his strengths Wednesday in Edmonton…two goals and relentless physical play in a big 4-3 win over the Oilers. It was his best game as a Hab.

As I watched the game unfold, it dawned on me that Montreal had not had a forward like that since I started calling games in 2014. Sure, at times Max Pacioretty would use his impressive speed down the wing and cut to the net, but not nearly as often as Anderson does. That’s not to say Anderson is a better player than Pacioretty but his presence gives the Canadiens something they haven’t had since……?

I put that question to a few of my TSN 690 colleagues. The name ‘Erik Cole’ was mentioned, as was John LeClair, though I don’t know either had that kind of top-end speed.

The point is, general manager Marc Bergevin identified Anderson a few years back as someone who could fulfill a gaping hole and he went out and got him.

Anderson’s skill set should serve him well in the playoffs, when most goals are scored closer to the net. The only concern about his game could be the risk of injury over time. He plays with a reckless edge that helps make him effective but bumps and bruises (and worse) often go with that style of play. It will be fun to see him continue to hand out bumps and bruises to the opposition for the next number of years with the Canadiens.