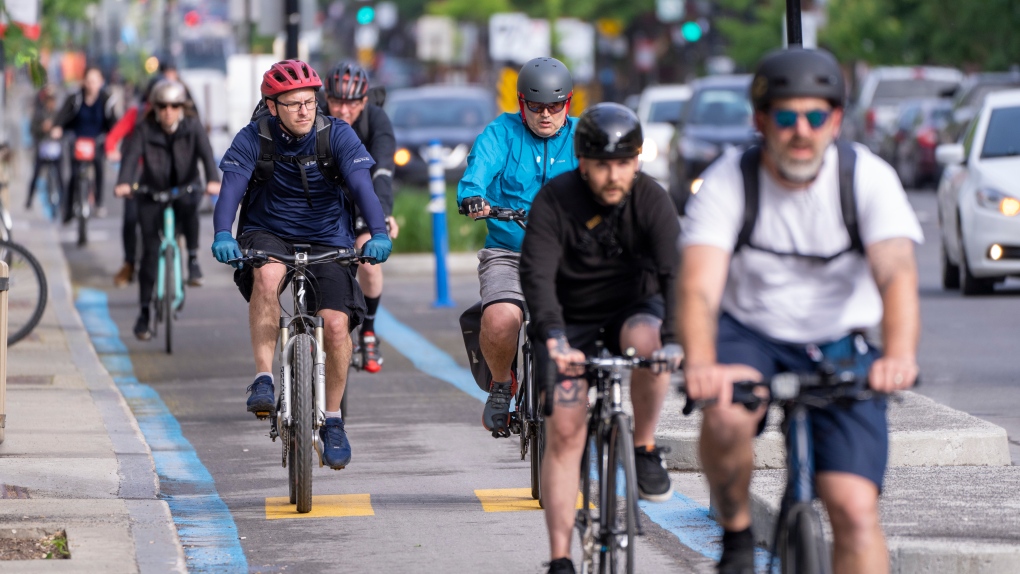 Cyclists make their way down the REV, Reseau Express Velo, on St-Denis street during the morning commute in Montreal on Thursday, June 2, 2022. THE CANADIAN PRESS/Paul Chiasson

Multiple cyclists have been targeted with air rifle bullets in the Plateau-Mont-Royal neighbourhood in recent weeks, with the Montreal police (SPVM) currently investigating the incidents.

At least six cyclists were shot, likely by an air pistol (similar to a BB gun), since the start of July, according to an article in La Presse. The incidents occurred in front of Portugal Park, at the corner of Marie-Anne St. and Saint-Dominique St.

"We are aware of these events and are very concerned. That is why a team of investigators is actively working to shed light on the situation," Montreal police spokesperson Anik de Repentigny told CTV News in a statement. "We are working hard to identify the perpetrator(s) of these events as quickly as possible."

"To target cyclists specifically is to forget that behind the handlebars, there is a human being, parents and friends, family, etc. [...] It also concerns me to know that this mode of transportation is being targeted," he said.

The police are asking anyone with information on these incidents to anonymously call 911, Station 38, or Info-Crime Montreal at 514 393-1133 or online.