COVID-19: The World Figure Skating Championships in Montreal have been cancelled 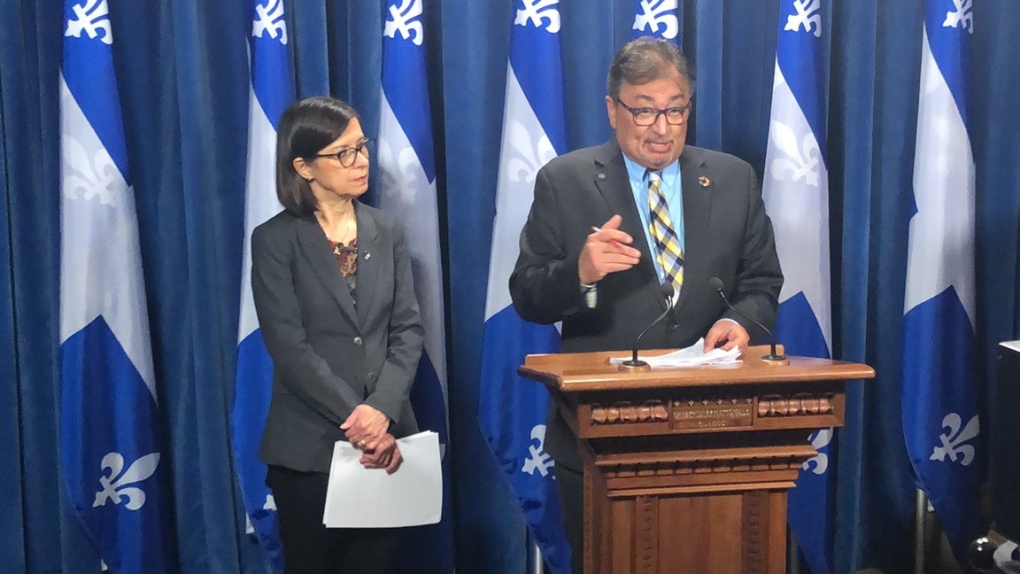 MONTREAL -- The world figure skating championships in Montreal have been cancelled because of the spread of COVID-19.

The championships were scheduled to run March 18-22 at the Bell Centre.

Quebec Health Minister Danielle McCann made the announcement at the legislature in Quebec City.

"Following the recommendation that has been put forward, the world figure skating championships that had been planned in Montreal next week are cancelled," she said.

McCann said a number of factors went into the decision.

"Certain participants will come from countries where there is community transmission of the virus," she noted, adding that some may have limited access to laboratory tests and health care.

Also taken into consideration, she said, was the "potential transmission of the virus to a significant number of people," and the possibility the event "could contribute to a geographical dissemination of the virus."

Skate Canada said in a statement that the Quebec government informed the organization of its decision to cancel the event on Wednesday.

"Skate Canada and the International Skating Union (ISU) have closely monitored the provincial and federal health authorities position on the spread of the virus and fully respect the difficult decision made today," the statement said.

"Like the authorities, Skate Canada and the ISU are committed to the health and safety of the athletes, coaches, officials, volunteers and spectators."

Skate Canada said ticket provider Evenko will have details on the refund process in due course.

The figure skating is the latest sporting event that has been wiped out by the novel coronavirus. The world women's hockey championship, which was scheduled to start later this month in Nova Scotia, was cancelled on Saturday.

The other major winter world championship event in Canada remains on schedule. The women's world curling championship is slated to start on Saturday in Prince George, B.C.

A World Rugby Sevens event went on as scheduled this past weekend in Vancouver.

Montreal, which last hosted the world figure skating championships in 1932, was awarded the event in September of 2017.

The 2021 world championships are scheduled for Stockholm.

This report by The Canadian Press was first published March 11, 2020.

In battle against virus, Trump restricts travel from Europe

COVID-19: Health officials recommend 'physical distancing,' but what is it?

Canada 'pulling out all the stops' to fight COVID-19: Trudeau on $1B plan

What does it mean when the WHO declares a pandemic?