MONTREAL -- Five McGill University students and their professor are stranded in Morocco after their flight home from Casablanca was cancelled when the country suspended all international passenger flights as a protective measure against COVID-19.

"We have been trying to get out," said Anthony Williams-Jones, a professor with McGill University's department of earth and planetary sciences. "At the airports, people are pushing and shoving. Everyone is just trying to get a seat on any plane." 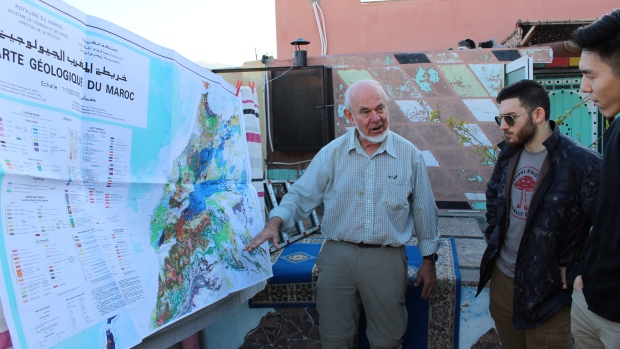 The group says it has tried desperately to contact the Canadian embassy in Rabat, the capital of Morocco, but no one seems ready to help them.

"We've been trying incessantly to find other options," Julia Morales, one of the students on the trip, told CTV News. "Everyone was ready to go back home and now we find ourselves stranded."

The group has been in Morocco for two weeks as part of a geology project that has been part of Williams-Jones' curriculum for ' innocent, rock-loving travellers' for more than 40 years.

"Each year, the students organize an international field trip," he explained. "The idea is we will move through the country and look at the geology."

Since they were travelling 'off the beaten path' for much of the time, the group says it only found out Friday about how intense the situation had gotten, with countries calling for lockdowns and politicians demanding for closed borders.

In fact, both the federal and Quebec governments have been asking Canadians abroad to quickly find their way home – but the professor says little is being done to actually get them there.

"What disturbs me is the response of our politicians. I think that the Canadian government could put pressure on the Moroccan government to allow planes to leave that are carrying non-Moroccans," he said. "There are a lot of things that could be done right now."

Williams-Jones says right now, the group has a tentative flight to Qatar scheduled on Wednesday – but how they'll eventually make their way to Montreal is anybody's guess. 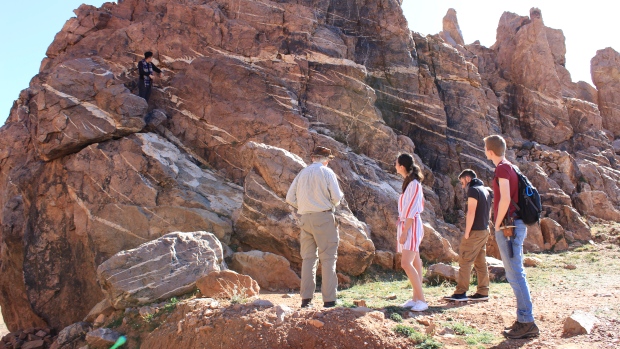 Just in case, the group has booked an apartment in Casablanca until mid-April, adding if they can't get a flight home, they'll have enough provisions to last until things calm down.

"The morale is high. We're here for the long haul," Williams-Jones told CTV News. "We're assuming that we won't get out and we will try everything to do it, but we will try to keep an environment of normalcy."

He adds he has been in close contact with McGill officials and has asked them to put pressure on both the Canadian government and federal transport minister Marc Garneau.

"My experience with the government is they are very, very slow to move and the only way to get the government to move is to apply pressure," he said. "As of now, we're making plans to try to get ourselves out; we're doing everything we can to find flights or any mode of transport."

The group has since started a petition demanding that the federal government bring all Canadians home.