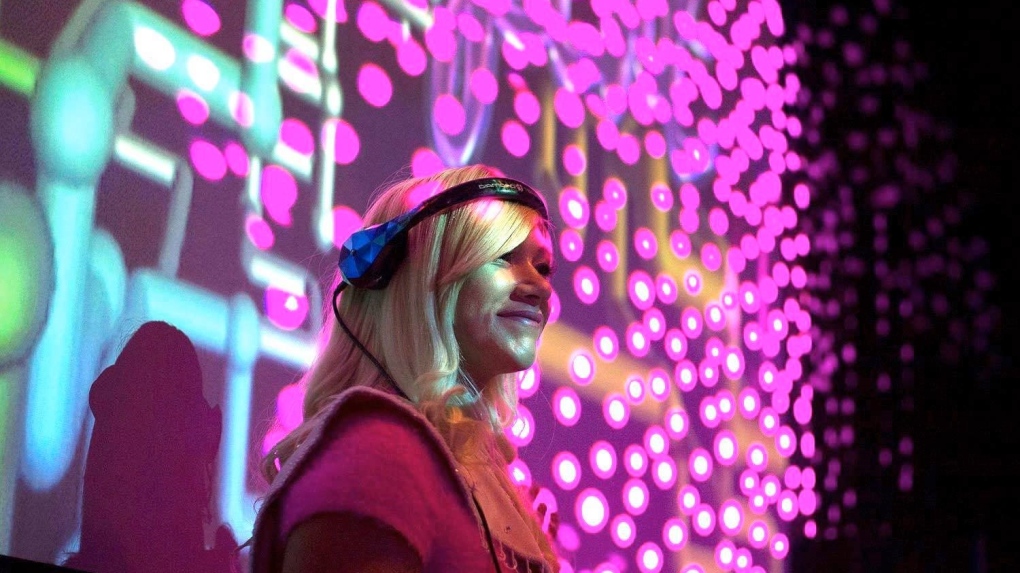 DJ Poptrt will take to her mixer at midnight Saturday to spin as part of the Virtual Pow Wow Fest, an online electronic music festival that is running Friday-Sunday on Twitch TV. SOURCE Maryse Boyce

MONTREAL -- DJ Poptrt will step behind her mixer at midnight Saturday and begin spinning. The Kahnawa’kehró:non musician, however, will not be playing before a crowd of bouncing, excited dancers screaming for more, but in front of an online audience on Twitch from across the country tuning in to the Virtual Pow Wow Fest.

Kiana Cross (DJ Poptrt) is from Kahnawake and was working in a studio in Montreal when COVID-19 began spreading across the country, forcing venue closures, show cancellations and events being postponed.

“One-by-one people started saying: ‘Okay. This office is closed,’” said Cross. “Definitely in the industry and for all the performers, it really hit as a surprise. It did feel like, wow, what are we going to do?”

Drum Beat Entertainment owner and operator Richard Sparvier is based in Mohkhinstisis (Calgary, Alberta) on Treaty 7 Blackfoot territory. He works to bring Indigenous and non-Indigenous artists together to create music, and created the Virtual Pow Wow Fest as a way of keeping the music going in a time when gathering in groups is impossible.

“Many of us who rely on the arts for our income are now suffering,” he said. “May of the people who would normally go out to an event on a Friday or Saturday night are now stuck at home, so it’s the perfect opportunity to dress in your festival wear, grab your favourite drinks and snacks and take in performances from Indigenous DJs from all over Turtle Island (North America).”

The broadcast began Friday at 6 p.m. EST, and continues Saturday from 6 p.m. to 3 a.m. Sunday when Caylem Simeon plays the final set.

DJ Poptrt is one of 20 DJs performing on the Twitch TV streaming service, and spent Friday watching the first 10 acts take the stage.

“It was super inspiring because everyone kind of has their own sound and it was really cool to see other Indigenous DJs playing things that they love,” said Cross. “We all have this general appreciation and passion for electronic music, so it was really nice to just share that with everyone.”

“The response has been huge,” said Sparvier. “We are getting people who are tuning in from across Canada and the United States.”

Playing online does not give a DJ the live crowd feel, but Cross said the energy comes through the online chats where people send comments, pictures and videos to the performers.

“We’re in such a cool age with social media and these live streams,” she said. “Just the words and the positivity that people are sending. We’re all in the same boat. We are all collectively trying to lift each other up and put out something more positive. Just that general connection, it feels like people are dancing.”