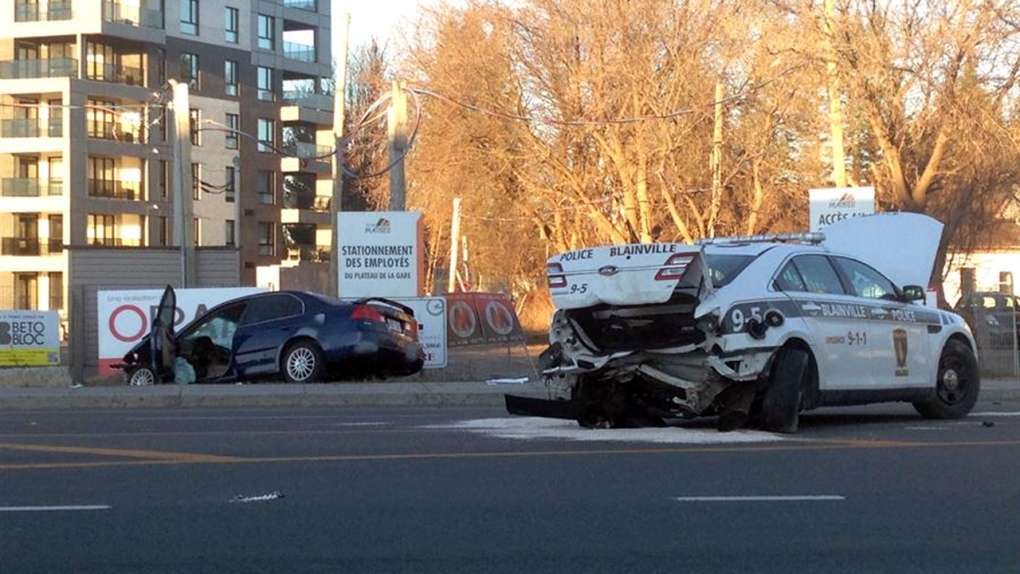 Three years after the death of a man who drove into a police cruiser, a coroner is urging the province to speed up its evaluation of breathalyzers and ignition locks.

The Highway Safety Code was amended several years ago to require repeat drunk drivers to have ignition locks installed for ten years but the SAAQ has not yet implemented this regulation.

Coroner Andrée Kronstrom said in her report that the SAAQ should hurry up and finish its work while calling for police and the SAAQ to treat impaired driving more seriously and swiftly.

Barbe was driving more than 100 km/h over the 60 km/h limit when he smashed into the rear of a Blainville Police Department squad car on Curé Labelle Blvd.

In her report, Kronstrom noted that Barbe had a history of driving drunk.

He had twice been arrested for drunk driving, and had been required to use an alcohol-testing ignition lock for three years and eight months.

That interlock was removed just weeks before the deadly crash.

Several months after Barbe's death, the Highway Safety Code was amended so that all repeat drunk drivers are required to have an alcohol-testing ignition lock for at least ten years, but the SAAQ has yet to implement this change in law.