Concordia apologizes to Black students more than a half-century after protests, arrests, deportations over racism complaint

Concordia apologizes to Black students more than a half-century after protests, arrests, deportations over racism complaint

Concordia University is apologizing for its handling of the 1969 Sir George Williams Protest - also called the Computer Centre Incident - as the Montreal institution released a report on anti-Black racism.

After six Black and Caribbean students issued a racial discrimination complaint in 1968 against a professor that was "ignored, mismanaged and dismissed" for months, students protested.

A group then occupied the computer centre and faculty lounge at what is now Concordia's Hall building on Maisonneuve Avenue in downtown Montreal.

"That decision led to the arrest—in some cases the violent arrest—of 97 students," a release from Concordia reads. "Those arrests and the suppression of the protest had serious lasting consequences for many individuals. These ranged from jail sentences to deportation, psychological trauma, physical injury, social alienation, loss of employment, and the disruption of—even to the point of not finishing—academic degrees."

Concordia now admits that the institution's actions were "a stark manifestation of institutional racism" and is apologizing for its leaders' actions and decisions.

Concordia's president and vice-chancellor Graham Carr formally apologized Friday not only for the treatment of the students but that the apology took so long to come. 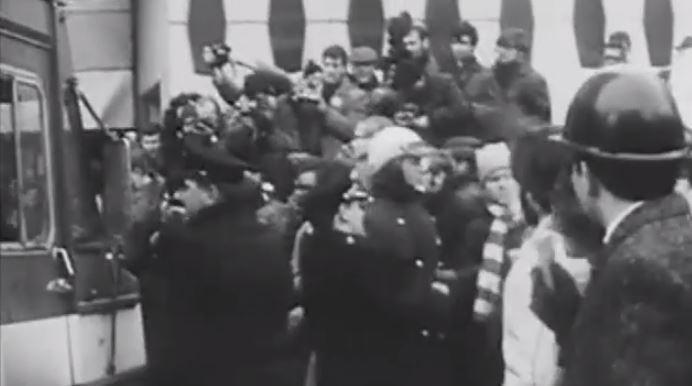 The apology stems out of the President's Task Force on Anti-Black Racism, which was a two-year research, discussions, and committees process tasked with addressing "systemic anti-Black racism across university life," a release on the report reads.

"The genesis of the task force was in response to global calls to action in the wake of the murder of George Floyd, which brought into focus the growing awareness that Concordia needed a concerted response to systemic and targeted racism," the release reads.

The report is grounded in the principles of Black flourishing, inclusive excellence, mutuality, and accountability.

Angelique Willkie chaired the task force called on Concordia to address past wrongs to move forward.

"The spotlight that we were able to shine on systemic racism across the institution revealed upsetting truths about how Black students, staff and faculty experience and navigate the university's opportunities, spaces, services, and systems of rewards and recognition for their work and scholarship — oftentimes in disparate realities from their fellow students and colleagues," she said.

The recommendations from the report call on Concordia to address the legacy of the 1969 protest and create a university-wide anti-racism strategy in addition to hiring and promoting Black staff, faculty, and librarians, among other recommendations.