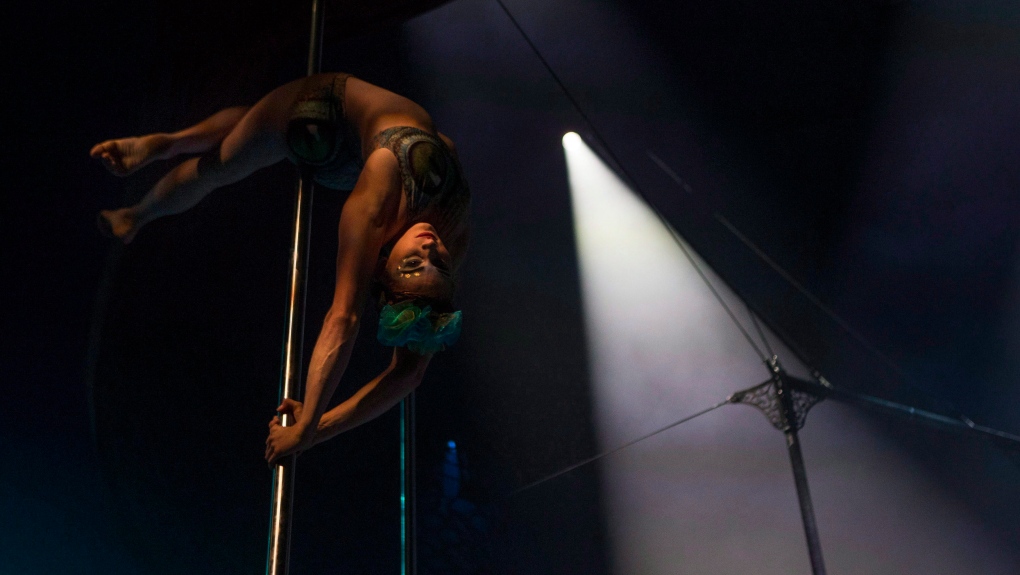 A performer is pictured on stage during a dress rehearsal for the Toronto opening of Cirque Du Soleil's latest creation 'Luzia'. Luzia is one of the shows that will relaunch after Cirque shut down due to the COVID-19 pandemic. THE CANADIAN PRESS/Chris Young.

MONTREAL -- After 21 years at the helm of Cirque du Soleil, Daniel Lamarre is handing over the reins to his right-hand man, but will remain with the company to ensure the transition.

Stéphane Lefebvre, current chief operating officer, will take over as president and chief executive officer on Dec.1. Lamarre will remain in his position as executive vice president of the board of directors.

Lamarre said the decision was his own, that it had been matured over the past year and that it was made at his recommendation.

"I pushed for this transition," he said at a press conference at Cirque du Soleil headquarters in Montreal.

Lamarre said it was important for him to accompany his successor, because "you learn to be a CEO by being a CEO."

He will continue to work at Cirque on a daily basis: "I will be here every day and I am Stéphane's office neighbour. I talk to him 10 times a day. I'm here to support him."

At Cirque du Soleil for five years, Lefebvre has more of a financial profile than a creative one. Before joining the company founded in 1984 by Guy Laliberté, he was financial director at CAE, an aeronautics company.

Lefebvre said he has a great interest in Cirque and its creative mandate.

"I'm passionate about the Cirque arts and what our creators are doing. I have been a fan of Cirque du Soleil since the 1990s. It is with great emotion that I make this announcement today," he said.