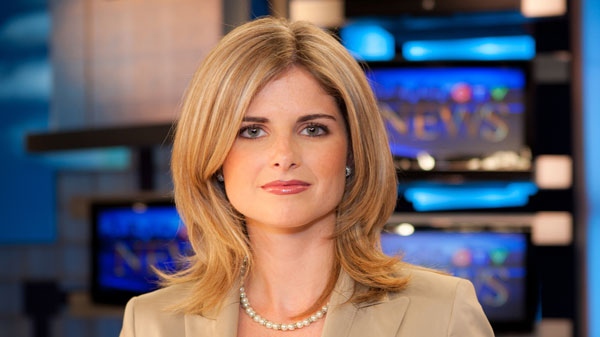 Catherine Sherriffs will have her first broadcast as the Late News anchor on July 4.

CTV Montreal announced Thursday that Catherine Sherriffs will be the new anchor for the weekday Late News, with her first broadcast scheduled for July 4.

Following four years of reporting for radio and two years of television reporting with CTV, Sherriffs says making the jump to the anchor's desk is the realization of a longstanding goal.

But she's also happy to be able to stick to her roots as Sherriffs will continue reporting for CTV's flagship supper hour newscast.

"I'm really excited to still be reporting, it will be great to get out into the city," Sherriffs says. "But being an anchor is what I always dreamed about. Literally, always. I've never wanted to do anything else."

Sherriffs may be relatively new to the Montreal media, but she has been preparing for this moment for a very long time.

She remembers growing up in Morin-Heights during the 1998 Quebec ice storm when, as a bored 13-year-old with nothing else to do, she and a friend of hers grabbed the family video camera and began producing reports just for fun.

The appointment completes a rocket rise through the Montreal media scene for Sherriffs, coming only four years after her 2007 graduation from Concordia University's journalism program.

Jed Kahane, CTV Montreal's director of news and public affairs, is very proud of the new hire and has the utmost confidence in handing Sherriffs the late anchor's chair.

"Catherine is a dynamic and skilled journalist who can tackle any story," he said. "Whether she's covering hard news or topics that are a little lighter, Catherine has a way of connecting with the audience, and we know she'll continue to build that connection in this new job."