Carabins advance to Vanier Cup with win over Acadia Axemen 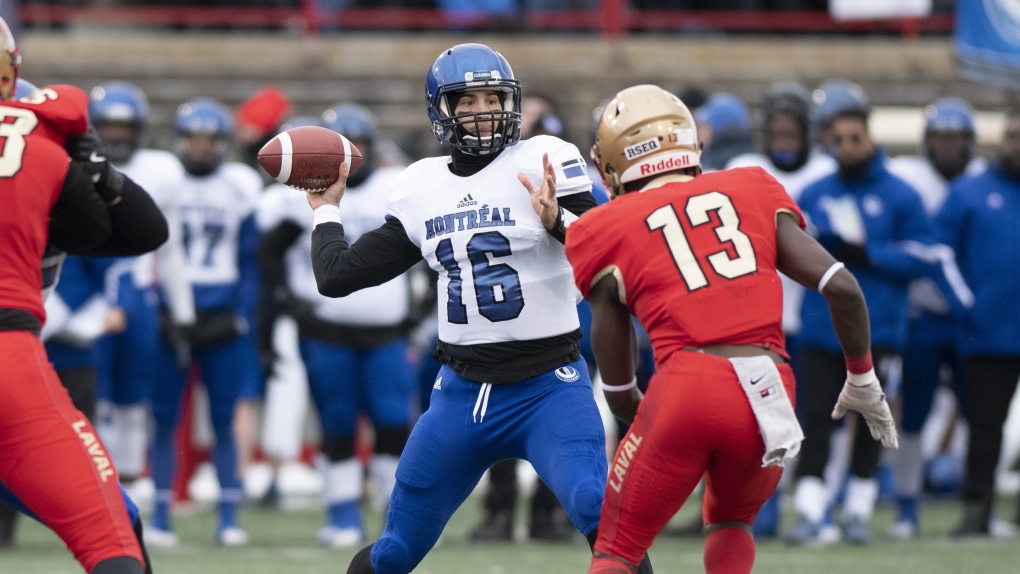 Running back Reda Malki scored two touchdowns in the second half in the Montreal Carabins 38-0 rout of the Acadia Axemen on Saturday in the Uteck Bowl.

The Carabins will play the winner of the Mitchell Bowl between the McMaster Marauders and Calgary Dinos.

Malki first got into the end zone on a 16-yard run late in the third quarter and then again on a four-yard run early in the fourth quarter, with Montreal kicker Louis-Philippe Simoneau making good on both conversions.

The lopsided loss brought an end to Acadia's undefeated season, much to the dismay of local fans who bundled themselves up in blankets and sleeping bags to brave chilly fall winds blowing through Raymond Field.

The Axemen at least had a chance during the first half of the game, with the Carabins snagging their first points on a couple of field goals and a rouge from Simoneau, with just a 7-0 lead going into the second half.

But additional third-quarter touchdowns from Carabins quarterback Dimitri Morand and receiver Kevin Kaya, with Simoneau once again capping off the plays, sealed the win for Montreal.

The Vanier Cup is set for Nov. 23 at TELUS-Universite Laval Stadium in Quebec City.