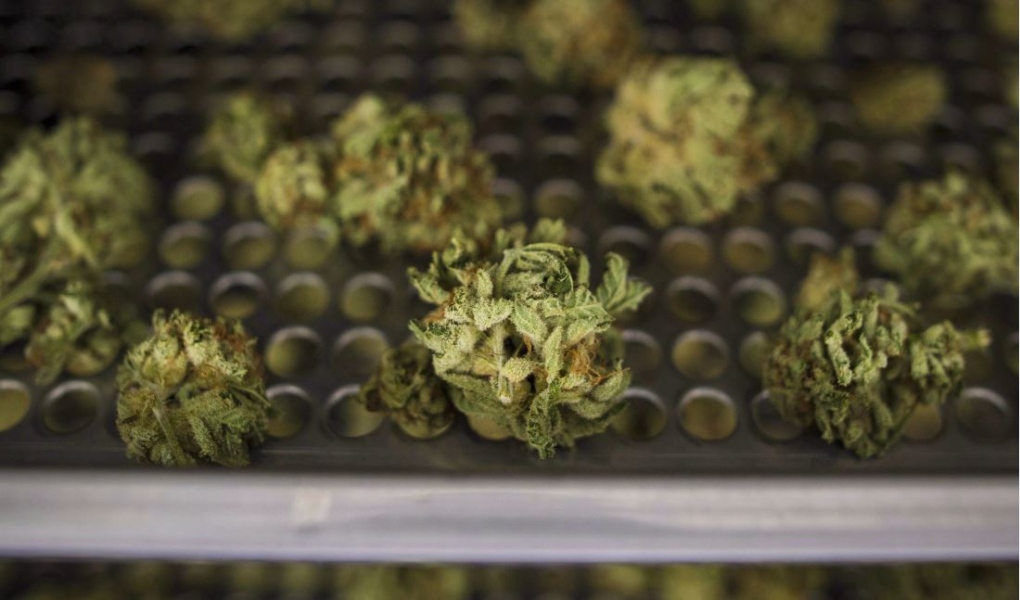 Cannabis buds lay along a drying rack at the CannTrust Niagara Greenhouse Facility in Fenwick, Ont., on Tuesday, June 26, 2018. The Ontario Cannabis Store says it has received about 100,000 online orders in the first 24 hours that marijuana was legal in Canada. THE CANADIAN PRESS/ Tijana Martin

The Societe Quebecoise du Cannabis unveiled its sales numbers made between last Wednesday - the official legalization date - and Sunday.

By the end of the fifth day, the SQDC reported a steady, almost daily decline in marijuana sales.

With over 30,000 online transactions on the first day, the numbers dropped off to a mere 2910 by Sunday.

In the 12 legal sales points around the city, approximately 12,500 branch transactions were reported on legalization day. The number hovered around 10,000 on Sunday.

The decline may be due to dwindling inventory: customers have taken to social media to complain that most pot stores - even online - are running low on stock.

In a statement, the SQDC that the volume of orders "far exceeds [our] expectations."