Call Of The Wilde: In Search Of A 1C 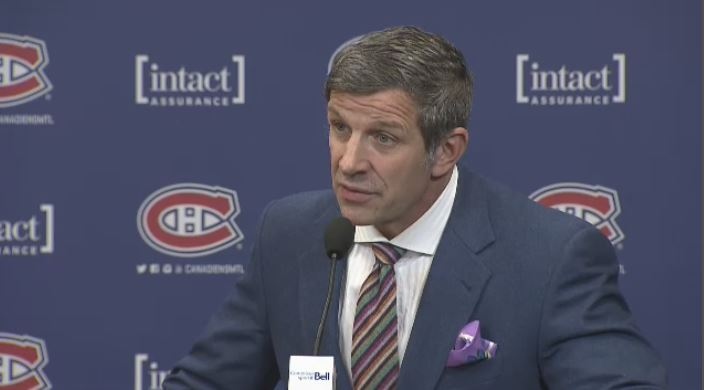 Win the middle. Win the game.

History in the NHL is reliable on this point.

History shows that all of the strong work that General Manager Marc Bergevin has done isn't likely going to amount to a deep playoff run for the Habs without a better presence down the middle of the ice.

That's how it is for all GMs.

You can go back and forth on a lot of moves but a GM in the end is all about wins versus losses.

Bergevin in his five seasons at the helm has positioned the Habs 22nd, tenth, eighth, fourth and second in the league -- those totals amounted to three division titles and an eastern conference final appearance. All of that math puts Bergevin solidly in the camp as a top-third GM in the league since he took over a team that had the third worst record in the league upon his arrival.

All of that sounds quite rosy. He has the respect as a top GM around the NHL. Other smart hockey people will tell you that they believe Bergevin is savvy and a brilliant judge of talent.

But for all that he has done, one vital piece has to be added or this bright beginning will fade.

History shows that there are essentially three components to a Stanley Cup winner: a hot goalie but not necessarily the best goalie in the league at the time, a 30-minute stud on defence though this season was the first to dispute that in a while, and strength down the middle.

Win the middle. Win the cup.

For two decades, the cup winner is a who's who of the NHL's best centres.

The best teams always have at least one major talent down the middle, and in almost all cases two. A closer look shows that not only do the cup winners have the most talented centres but these centres are also strong at both ends. They can score at one end and also make the right defensive decisions on the back end. The cup winners have 200-foot centres.

Here's a list of Stanley Cup champions for two decades and you can't find even one outlier where the winner didn't have a strong force down the middle.

So today, Danault for as wonderful as he was as a steal from Chicago, is not in this category as a 1C. Galchenyuk hasn't shown the ability to play a 200-foot game and five seasons in, I think the hockey world is going to put him permanently on the wing soon. Plekanec's best days are now behind him.

The Habs cannot win with this as the middle core.

Bergevin says it's hard to acquire a number one centre. He's right. It is hard. Notice on this list of greats that won cups that it's rare any of these centres that led their teams were acquired by trade. When you draft Crosby, you don't trade Crosby.

The near future NHL should see the Oilers vying for a cup soon with McDavid and Draisaitl at centre waiting for enough support pieces to join this auspicious list. The Leafs are primed for the future here with Matthews already playing tremendous hockey as a teenager. Kadri has also become a strong 200-foot player up the middle.

Bergevin has been at this five years now. He's said it's hard. He's also said it's not PlayStation. He's indicated he's trying. He's aware there's a problem. That's all good.

So far though no answers.

He's got to get there.

Any good centre is going to cost huge. This could be a gigantic deal from Bergevin that makes the fan base wish they hadn't asked for it.

That centre won't come cheaply. It may cost more than anyone thought was even remotely possible.

So how about a blow-it-up rebuild to get a top centre if trades are hard?

This fan base wants heads to roll for a 103-point season and a first round playoff exit. It's impossible to imagine they would tolerate a futile decade like the Oilers just finished hoping for a lottery win to land a McDavid.

Some clamour for that blow up strategy that has worked for the Penguins even though the big piece Crosby was a flat out lottery win and had zero to do with a blow it up decision to stink. The Hawks were bad long enough to land a Toews and Kane. It has worked.

So what should Bergevin do? We are all such geniuses on the sidelines here day after day.

Maybe TSN 690 play-by-play man Dan Robertson answered it best and humbly when he said when asked, "What should Bergevin do?"

Dan, I don't either.

However, Bergevin's going to have to come up with some sort of strategy or 11 goals in 6 games is going to be the downfall to success in the playoffs next year too like the anemic goal total that sunk them against the Rangers this year.

Bergevin's work is strong. His work is mathematically top third in the league so far.

But now it's time for the Great Leap Forward.

Win the middle. Win the game.

Lose the middle. Exit the playoffs.

The time is now. The fan base has its teeth out. The media doesn't seem to think division titles are worth a hill of beans either.