Call of the Wilde: Chill 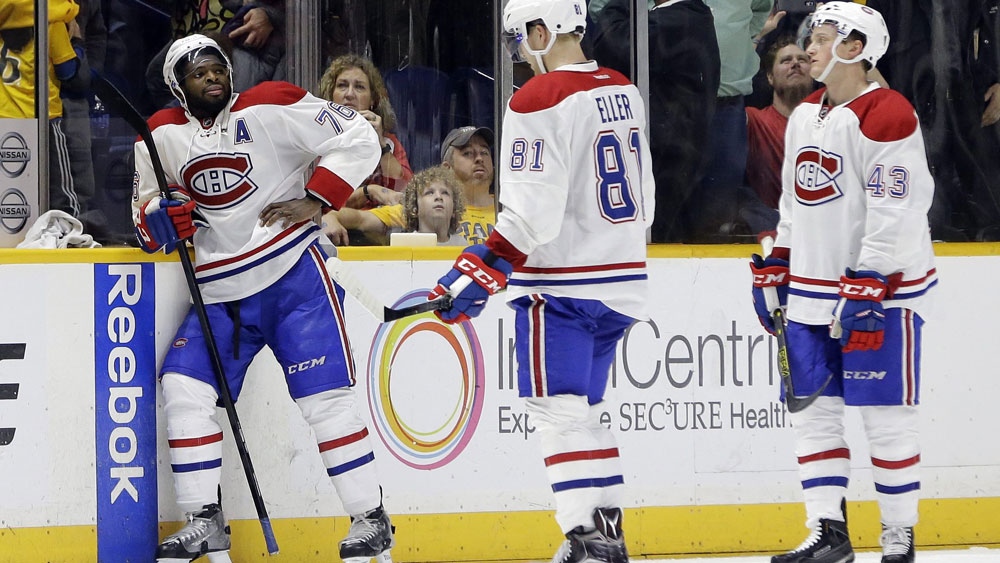 These must be difficult times for the coaching staff of the Montreal Canadiens.

They look at shot totals from this sour run and see their boys dominating in shots on goal by near 2-to-1 margins on most nights.

The Habs coaches concentrate even more on chances and the tale they tell is even more significantly in Montreal’s favour. For example, last night in Nashville, the Habs outchanced the Predators according to SportLogiq 22 to 7.

Michel Therrien must be wondering what he did to the Hockey Gods to watch the Predators score on 5 of 7 chances while the Habs managed only 1 goal on 22 quality looks.

Let’s do some math, shall we…?

Carey Price put together one of the greatest goaltending performances in NHL history last season with a save percentage of .933. This year before his injuries took him out of the lineup, Price was at it again with a .934.

Through this horrendous run without Price, the Habs management has hoped that Dustin Tokarski and Mike Condon could hold things together for six weeks. Their save percentage, though, is .867.  There are, roughly speaking, 30 shots per team each game, so the back-up goalies are allowing 2.33 goals per game more than Price. Two goals more allowed per game is significant. Anyone want to argue that?

The other malaise for the Habs is their scoring. Remember, it’s their scoring, and not their chances.  If they were being dominated night in and night out, then you have a serious problem.

On the contrary, the shots and chances are actually up for the Habs. Apart from the Dallas game, they’re dominating. They dominated the Washington Capitals, for example, in this horrendous run and lost due to Holtby hot and the Habs goalie not.

So will the scoring numbers change?  Sure they will.  The Habs scored on 10 per cent of their chances before this horrendous slump.  During the slump, they are scoring on only 4 per cent of their chances. Again, in laymen terms, this means they are scoring on four shots per 100 instead of 10 shots per 100.  That’s six goals per 100. That’s roughly two goals per game.

So two problems: goaltending giving up two more goals per game without Price and scoring counting two fewer goals per game away from their long held, and I mean long held here, historical averages.

Now unless you believe Price is going to come back and be an .870 goalie, and all of these players have completely lost their skills, you need to provide a counterpoint here better than the hashtag #FireTherrien.

Listen, I am not a huge Therrien fan. I like coaches who line match and defensive pairing match when they’re the home team. I like coaches that work the advantages, but that’s not Therrien’s style. He wants the other team to worry about his team and not the other way around. That’s fair. It’s just not me.

But let’s knock it off with the fire Therrien narrative here: would you like him to get in net to get a .930 save percentage, or perhaps he could improve that historical 10 per cent shooting team from four. He can’t play for them.

With that said, I do think there are some minor tweaks that can help turn it around, but keep in mind, they’re minor. What everyone needs to do in that locker room is stay together as friends and support each other because they can grow tighter here if they handle adversity well. What they need to do is stay the course.

But here are my minor moves...

Now I imagine that felt like an attack on the head coach and I don’t want it to. To me, these things I just mentioned improve the outlook some, but they are not the outlook. The outlook is bad goaltending and a horrible run of shooting and both of those negatives are completely unsustainable.

Therrien has his players dominating the games. That’s all he can do. He gives them a system that they use their talents to good advantage to control the outcome. Without good goaltending and good conversion, the outcome isn’t always controllable. That’s the way sports goes. But Price’s return is controllable, and these runs of 4 per cent scoring that teams get on sometimes revert back to their long-held talent levels.

When Price returns, and the shooters get back to their norms, the wins will pile up again. That is unless, Price is now lousy, and the players have the weird ability to control all aspects of the game yet have strangely forgotten how to score and will never get it back. If you believe those massive fundamental changes are true, go ahead, jump off the bandwagon. You won’t even break your ankles because of all the bodies piled up on the side of the road already.

Maybe Carey and Max can help you back up on it in May.