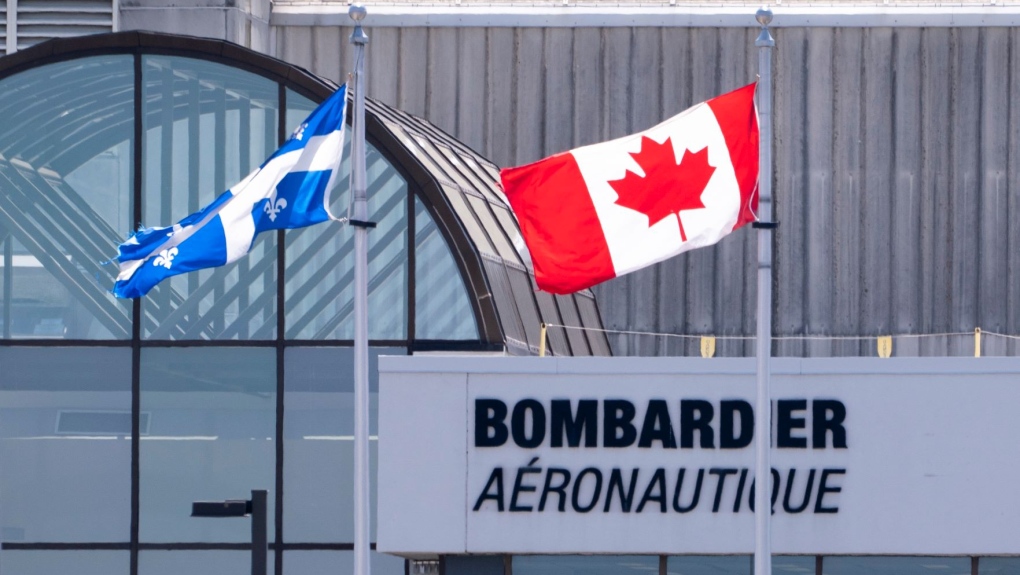 A Bombardier plant is seen in Montreal on Friday, June 5, 2020. THE CANADIAN PRESS/Paul Chiasson

Fears of an indefinite general strike by 1,800 unionized Bombardier workers in the greater Montreal area are now a thing of the past.

The workers voted Wednesday 73.4 per cent in favour of the third management offer presented since the beginning of the latest round of negotiations.

Just over 80 per cent (80.3) of IAMAW local 712 members voted between 5 a.m. and 7:30 p.m. on the new so-called final offer, the only change to which was related to the wage issue, according to a spokesperson for the QFL-affiliated International Association of Machinists and Aerospace Workers (IAMAW), which represents the 1,800 employees at Bombardier's Dorval and St. Laurent plants.

"Despite the fact that the offer has been accepted, Bombardier will have work to do over the next five years to regain the confidence of workers and rebuild a sense of belonging," said IAMAW District 11 business agent and union spokesperson Eric Rancourt in a news release Wednesday evening.

The new collective agreement is for five years. It provides an average wage increase of 6.5 per cent in the first year, retroactive to Dec. 4, 2021, and an annual increase of 3 per cent in the second and third years. The employer also offers the Consumer Price Index for the last two years of the new employment contract plus 0.5 per cnet, with a minimum totaling 1.5 per cent and a maximum totaling 3 per cent.

The other elements of the labour contract are the same as those presented at the June 11 meeting.

"Beyond salaries, we have obtained a guarantee that no work will be outsourced for the next five years, as well as bringing back work from subcontractors to our members," said Rancourt.

"We also obtained a clause to reduce overtime during layoffs in order to facilitate the rapid return of workers on the recall list," he said.

The 1,800 Bombardier union members in Quebec had rejected the previous management offer presented on June 11, also described as final, by 76 per cent.

The union members even held a one-day strike on June 13, before returning to work the next day to continue negotiations.

Last week, the union requested the presence of president and CEO Éric Martel at a meeting between representatives of both parties to avoid an unlimited general strike in the two Quebec plants. Bombardier's top boss had accepted the invitation, according to the company.

The main issues in dispute were wages and pension indexation. The employer was asking the union to be open about the length of the collective agreement.

"The indexing of retirees' pensions is an issue that was very important to us and was the subject of heated discussions at the bargaining table," said Local 712 President Christian Bertrand.

"It is a disappointment that we were not able to make Bombardier listen to reason ... there is nothing to prevent us from coming back to the table during the next negotiation,'' Bertrand said.

The new contract will be in effect until December 2026.

-- This report by The Canadian Press was first published in French on June 22, 2022.