Plans for a commemorative park in the city to remember thousands of deceased Irish famine refugees are moving along well.

The site is at the base of the Victoria Bridge and home to the Black Rock monument. It's believed 6,000 Irish immigrants who fled famine at home died of typhus in 1847 and are buried in the area.

The Irish community is coordinating the project with the City of Montreal, Hydro-Quebec and the REM. 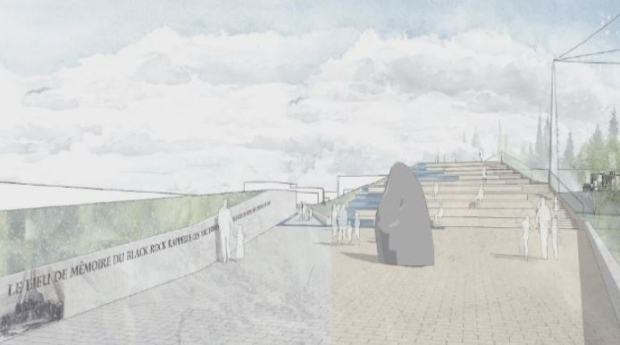 “We'd like it to be, on a practical level, something that the many Irish descendants in North America would want to come and see, as well as other Canadians, of course Quebecois,” said Fergus Keyes of the Montreal Irish Monument Foundation.

Final plans are still being worked out. No cost or projected date for construction has been set.

A gathering took place Wednesday evening, where interfaith leaders come together to bless the site.