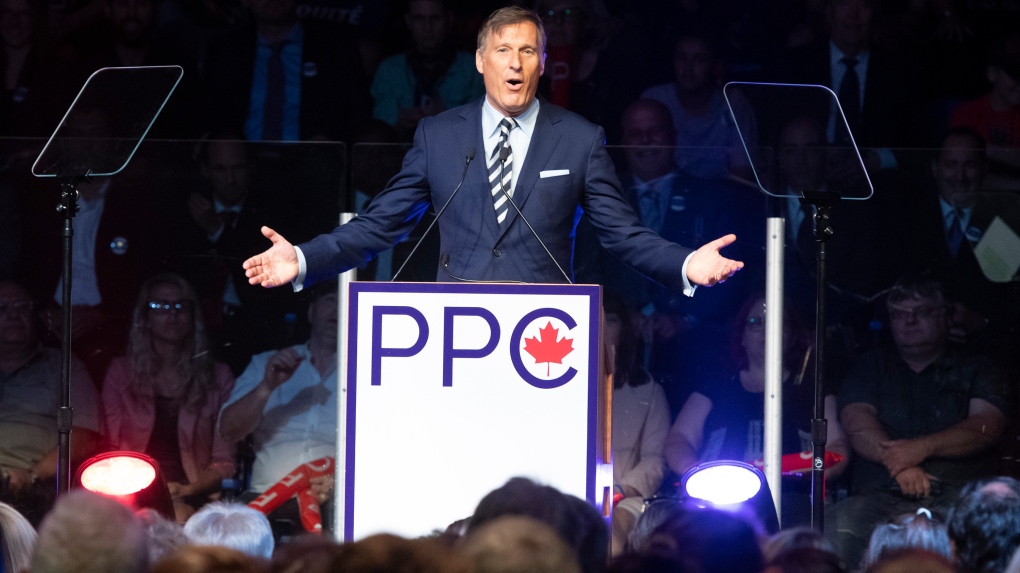 The leader of the People's Party of Canada (PPC) Maxime Bernier tweeted a five-part post on Twitter clarifying a prior tweet that raised controversy when he called young Swedish environmental activist Greta Thunberg mentally unstable.

Wednesday, the member for Beauce tweeted after being criticized several times after mentioning the mental health problems of Greta Thunberg that she and her mother put into the public arena, he said. Bernier assured that his goal was not to denigrate the teenager or anyone suffering from such conditions.

"On the contrary, she is a courageous young woman who has overcome her problems and deserves our admiration for it," wrote Bernier.

The head of the CPP pointed out that he wanted to show that the choice of influential groups and the media supporting her was the problem.

"These groups exploit this young woman and use her as a shield to prevent any criticism of the message," he wrote. "That's the real scandal. I should have made that argument without directly referring to his personal situation."

He wrote Monday that she was autistic, obsessive-compulsive, suffering from eating disorders and depression, and living in constant fear, and wanted to communicate her situation to others.

"Greta Thunberg has become the international mascot of climate alarmism," Bernier wrote Monday. "Thunberg is clearly mentally unstable. Autistic but also obsessive-compulsive, (has an) eating disorder, depression, lethargy. She lives in constant fear and wants to communicate it to us: 'I want you to panic. Let you feel the fear I have every day.'"

The tweets came days after Thunberg posted about having Asperger’s syndrome on Instagram.

When haters go after your looks and differences, it means they have nowhere left to go. And then you know you’re winning! I have Asperger’s syndrome and that means I’m sometimes a bit different from the norm. And - given the right circumstances - being different is a superpower. I'm not public about my diagnosis to "hide" behind it, but because I know many ignorant people still see it as an "illness", or something negative. And believe me, my diagnosis has limited me before. Before I started school striking I had no energy, no friends and I didn’t speak to anyone. I just sat alone at home, with an eating disorder. All of that is gone now, since I have found a meaning, in a world that sometimes seems meaningless to so many people. #aspiepower #neurodiverse #npf

Wednesday, Bernier concluded by writing that he will continue to oppose the alarmist climate crisis stance and the disastrous policies that come with it, whether they come from Greta Thunberg or Prime Minister Justin Trudeau or anyone else.

"Instead, offer a realistic vision based on confidence in the future," wrote Bernier.

Sixteen-year-old Thunberg travelled to New York by sailboat to attend the UN climate summit on Sept. 23.