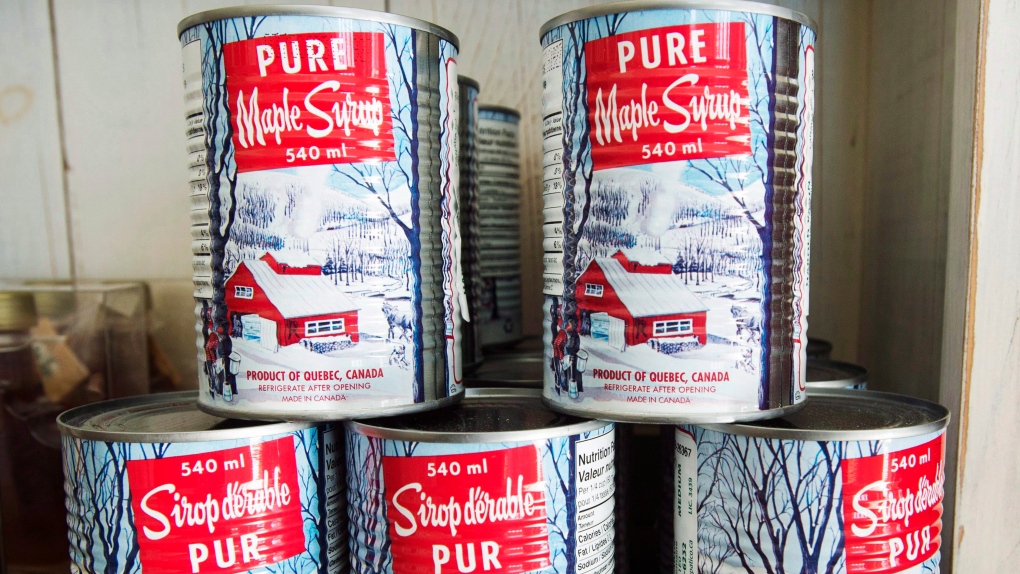 Maple syrup cans are seen at a sugar shack on February 10, 2017 in Oka, Quebec. THE CANADIAN PRESS/Ryan Remiorz

The Supreme Court of Canada has upheld a $9 million fine imposed on one of the ringleaders of Canada's notorious maple syrup heist.

In a decision published Thursday, the Supreme Court said it has sided with the Crown in a unanimous decision after the defence launched an appeal to reduce the fine imposed on one of the ringleaders of the 2012 heist: Richard Vallieres.

Vallières was found guilty of fraud, trafficking and theft of 9,500 barrels of maple syrup between 2011 and 2012 from a warehouse in Saint-Louis-de-Blandford, in the Quebec City region. The 2,700 tonnes of syrup, stolen from the Federation of Quebec Maple Syrup Producers, was worth about $18 million.

The heist was discovered after the federation performed a routine inventory check of its warehouse and found barrels containing water instead of maple syrup.

One of those arrested was Vallières, who was found guilty of fraud, trafficking and theft. Though the stolen syrup was worth over $18 million, during the trial in Quebec Superior Court, he said he sold the syrup for $10 million and made a personal profit of about $1 million.

The Quebec Superior Court first ordered Vallières to pay nearly $10 million in fines over 10 years, and the Court of Appeal then lowered the fine to $1 million. That decision was then brought to the nation’s highest court, which determined that a court cannot limit the amount of a fine to the profit made by an offender.

The Supreme Court of Canada, which heard the case last November, agreed with the Superior Court's interpretation. It subtracted $828,602.43, an amount subject to a restitution order.

"Mr. Vallières must pay a fine equal to the value of the stolen syrup. This amounted to more than $9 million (in other words, $10 million for which he sold the syrup minus the amount he owed to the Federation under a separate court order). Mr. Vallières has 10 years to pay this fine or else he must serve six years in prison," said Chief Justice Wagner, writing for the court.

The Supreme Court determined that Vallières had not proven at trial or on appeal that the $10-million fine should be divided between him and the other thieves.

"As a result, the trial judge had no choice but to order him to pay the full amount," the ruling reads.

Scotiabank is putting its Hockey Canada sponsorship on ice. The financial institution said Tuesday the pause will last until it's confident the right steps are taken to improve the culture within the sport.