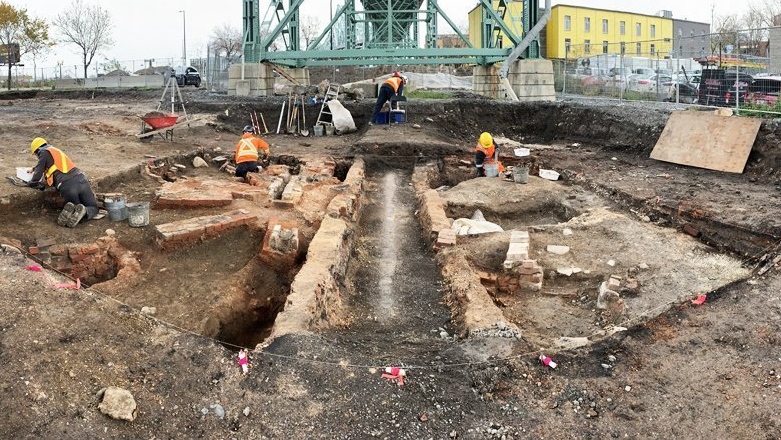 MONTREAL -- There has been a major archaeological find under the Jacques Cartier Bridge.

A nineteenth century kiln was discovered during work this fall by the Jacques Cartier and Champlain Bridges Corporation to install a drainage system near some piers on the Montreal side of the span just south of De Lorimier Ave.

“The find is unique in Canada, because of its size,” archaeologist Christian Roy explained to CTV Montreal.

The massive kiln operation produced clay smoking pipes and was run by Scottish immigrant William Henderson Sr. from 1847 to 1876 and by his grandsons, the Dixon brothers, from 1876 until 1892. The brick kiln found at the site was likely built and re-built many times during that period since this type of equipment often needed repairs, Roy said. Over the years hundreds of items including some pipes stamped with the name Henderson were found in the area, which used to be a working class neighbourhood called Faubourg Sainte-Marie. 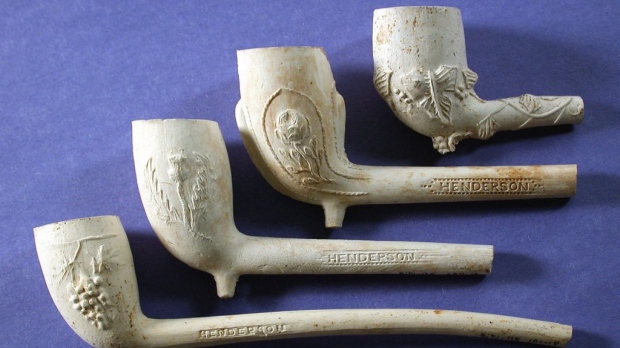 Pipes found on land near the kiln (Christian Roy, archaeologist)

The neighbourhood included many food, textile, leather and tobacco businesses.

According to census records, the Henderson factory employed about fifty workers and produced as much as 300 tonnes of pipe clay and nearly 7 million pipes annually. The Hendersons were of Scottish descent and native to Glasgow, and most of their employees were Scottish and Irish immigrants. Roy said the site will be re-buried with the kiln remains left in place since it is too fragile to move.