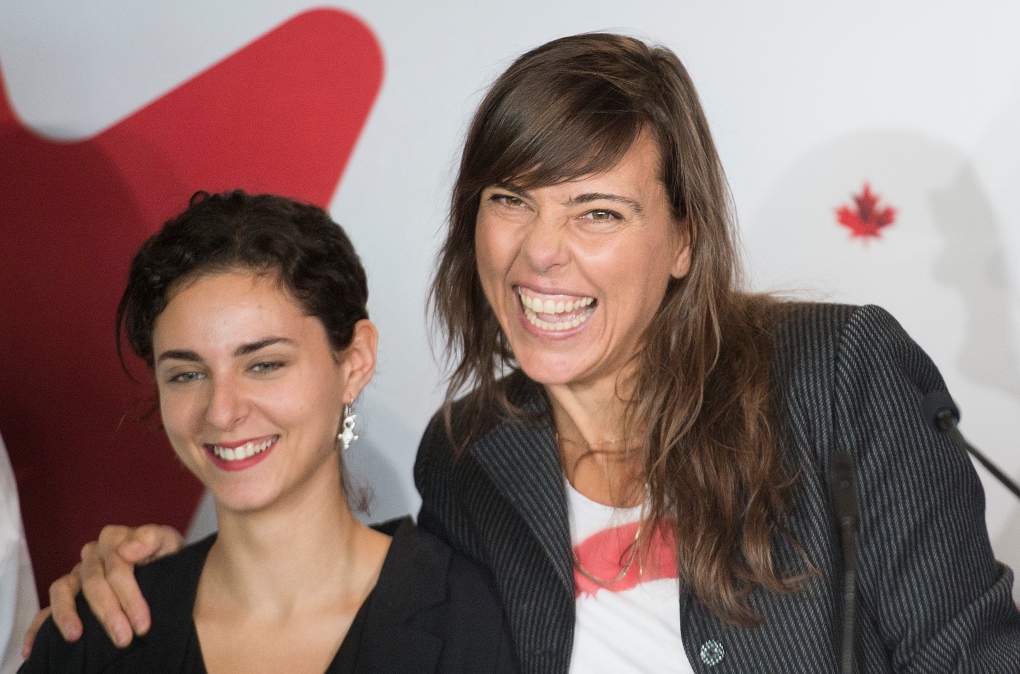 Director of "Antigone" Sophie Deraspe, right, smiles alongside actress Nahema Ricci during a news conference to announce "Antigone" as Canada’s entry for the 2020 Academy Awards for the best international film in Montreal, Friday, Sept. 20, 2019. THE CANADIAN PRESS/Graham Hughes

A modern revisioning of Sophocles' Greek tragedy, "Antigone" is billed as an indictment of the refugee experience in North America.

Newcomer Nahema Ricci stars as the film's titular heroine in the Montreal-set drama about an immigrant family disappointed by life in Canada.

The project is vying for a nomination in the Oscars' rebranded international feature film category, which used to be known as best foreign language film.