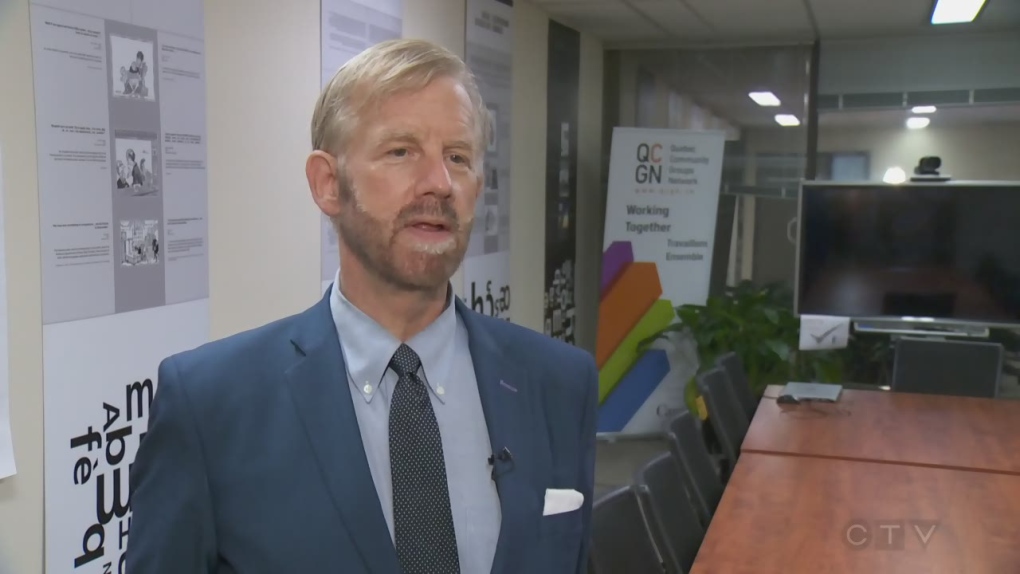 Quebec anglophones have banded together with francophones in New Brunswick and Ontario to protect and promote the rights of official minority language communities that they say are suddenly at risk.

At a news conference in Ottawa, the three groups said they have signed a memorandum of understanding to work together more closely despite the language divide.

"The principles expressed in the Constitution, expressed in Official Languages Act and in legislation in all three provinces aren't really being honoured by the governments and it's important for the communities to stand up and support each other and insist those rights be delivered."

Chambers said the organizations have previously expressed support for one another on a number of issues, and the deal formalizes that support, agreeing to work together on policy proposals and a collective response to threats to institutions in any of the provinces.

In Quebec, the English community is concerned about the Coalition Avenir Quebec government's intention to do away with school boards and schools being transferred out of the English school system faced with declining enrolment to an overtaxed French board.

In Ontario, often viewed as a model for other minority linguistic groups, the Conservative government announced it was scrapping the office of the French language services commissioner and has said it won't fund a French-language university.

The moves caught the Franco-Ontarian community by surprise, said AFO president Carol Jolin. But it quickly recovered and began a movement dubbed La Resistance to fight the cuts.

Jolin said during that time, it became clear there was common ground between the groups.

"For minority communities, the institutions are extremely important and the message we've had for governments is don't touch our institutions," Jolin said.

"Our institutions are the basis of our community, around which the entire community organizes."

Chambers said with a federal election coming, it's important to have the federal parties make their positions clear on the Official Languages Act, which turns 50 later this year and is due for a renewal or an update.

Robert Melanson of the New Brunswick Acadian society said there has long been tension between the French and English communities in the country's only officially bilingual province.

Those language tensions have only been fuelled further by the rise of the People's Alliance party, which holds the balance of power in the legislature.

Melanson said the new pact could help build bridges in his province, where a Quebec anglo voice might resonate with the English population.

Chambers agrees they could be the voice of an English-speaking community in Canada that is very sympathetic to the idea of good French services.

"English-speaking Quebecers are Canada's most dedicated francophilles," Chambers said, noting Quebec anglophones are committed to getting their kids into immersion and learning French skills so they can thrive in the province.

"We are the population in all of English Canada that understands the situation of francophone minorities, the value of French."

The three organizations said they represent some 2.4 million people between them -- about 90 per cent of those living in official minority language communities.