Anglophones warned English school boards could be abolished by spring 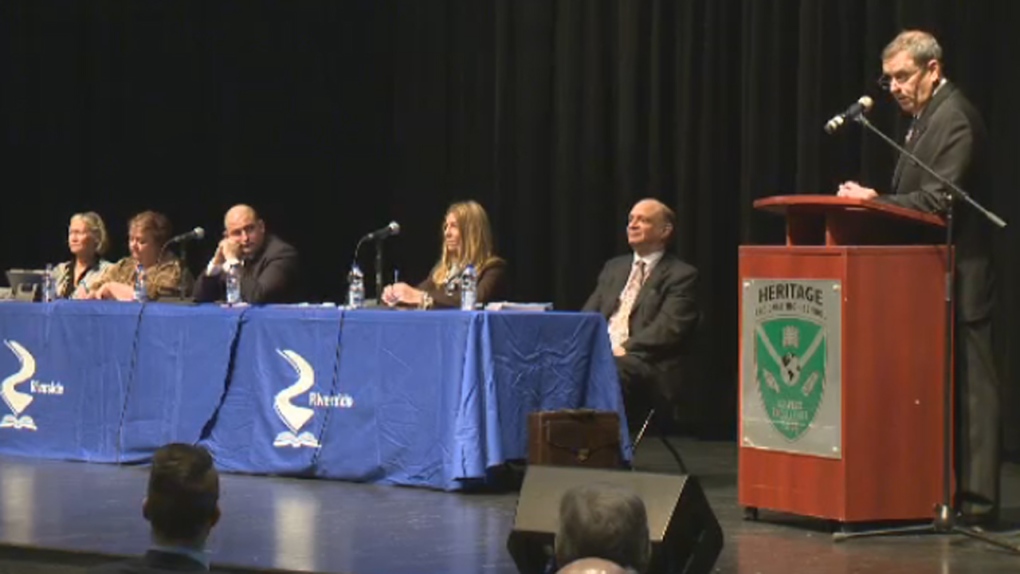 Parents got a dire warning at Riverside School Board on Tuesday Feb. 2, 2016

Parents with children in the Riverside school board had a lesson on Bill 86 last night from a lawyer, and it wasn't very optimistic.

Michael Bergman, who specializes in minority rights, told a town hall meeting that Bill 86 will give "all" the power of education to the government and leave very little to school councils.

Bergman said anglophone school boards could be abolished within 15 days of the bill being adopted.

Language in Bill 86 would allow the Education Minister to abolish school boards, or to replace them with 'councils' composed of teachers, principals, and unelected members of the public.

He added that Bill 86 was "a dog's breakfast only a bureaucrat could come up with."

The president of the Quebec English School Board Association said once the boards are gone the anglophone community's right to the oversee its own education will be lost.

Jennifer Maccarone said once the right to control education is gone it will disappear forever.

Maccarone and Bergman urged parents to lobby against Bill 86 before it's too late.