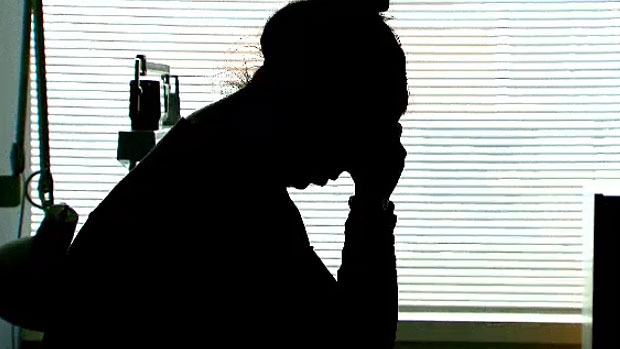 The World Health Organization says about a third of women worldwide have been sexually or physically assaulted by a current or former partner.

MONTREAL -- While community organizations have noticed an increase in domestic violence since the start of the pandemic, they fear the post-crisis period, which could lead to more violence and overload their services.

For the past year, the COVID-19 pandemic has created a "perfect storm" for women in difficulty, said YWCA Montreal president and executive director Melanie Thivierge.

The confinement has forced these women to stay at home in a hostile environment, the shelters to accommodate them have had to close places to adapt to health directives and the workers who are on the front line are exhausted, said Thivierge.

Louise Riendeau isresponsible for political files at the Regroupement des maisons pour femmes victims of conjugal violence and explained that if requests for accommodation are not exploding at the moment, women are asking for "much more" remote assistance.

But the two organizations are more worried about the end of the health crisis when normal life will resume quietly.

Riendeau fears an increase in attempted murders and homicides as women once again have contact with the outside world.

"Spouses who had absolute control over them throughout the pandemic period, how will they react to the fact that they resume their activities?" she asked. "We see that homicides often happen when women try to put an end to the control, try to leave a spouse."

The worst could be yet to come, fears Thivierge.

Government assistance programs will expire, the economic recovery may not benefit everyone, and like last year, there will be a shortage of affordable housing in the metropolis, she said.

"There are those for whom the crisis will last much longer," she argued. "I think there are going to be consequences that have not yet been measured."

CRYING OUT FOR HELP

The two organizations also expect that there will be more demands for their services,when they already have little budgetary room for maneuver.

"There was money that arrived this year in the homes, but it is roughly equivalent to a quarter of the needs that are estimated," explained Riendeau.

An increase in funding is necessary for accommodation, remote services, but also for prevention, which is "just as important," she said.

At the YWCA, it was the prevention program that suffered from the health crisis.

The organization used to go to schools to educate young people on sexual exploitation and the concept of consent, among others, but with the precarious situation in the school network, it had to give it up.

Thivierge said the organization is considering how it could adapt its program "so as not to avoid this generation."

Source: The Regroupement des maisons pour femmes victims of conjugal violence conducted a survey between July and November 2020 among women assisted by the houses and others contacted by community organizations or Facebook.