Adults with Down's syndrome should be vaccinated against COVID-19 as a priority: petition 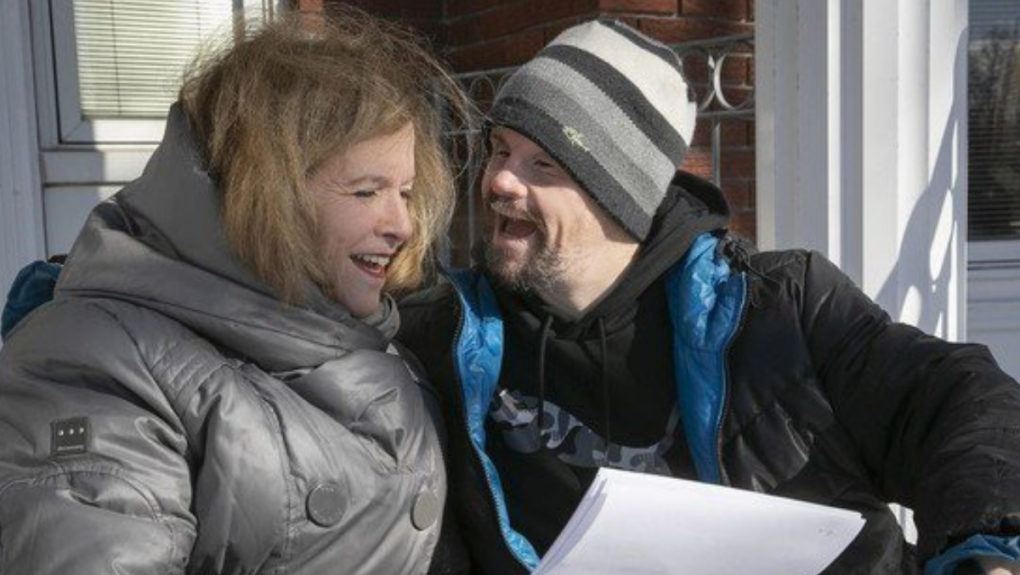 A petition is circulating asking that people with Down's syndrome be put on the priority vaccination list to protect them from COVID-19 infection. SOURCE: Change.org

MONTREAL -- A woman is asking public health authorities in Canada and Quebec to put adults with trisomy 21 on priority COVID-19 vaccination lists.

Sarah Lusthaus has also launched an electronic petition on the site www.change.org; she is the sister of a person with Down's syndrome now in their 40s.

Trisomy 21, also called Down's syndrome, is a chromosomal condition that causes people with the disease to present with distinct clinical signs, cognitive delay, and specific morphological and physiological characteristics.

In addition, their risk of being hospitalized and of being killed by the disease is much greater, in particular, because their genetic condition causes them to age prematurely.

The text accompanying the petition states that in other countries, people with Down's syndrome are considered a priority for vaccination against the coronavirus.

"People with Down's syndrome form a vulnerable group that has been completely forgotten in the current vaccination process," the petition reads.

On Jan. 18, Regroupement pour la trisomy 21 executive director Genevieve Labrecque wrote a letter to Quebec Minister of Health and Social Services Christian Dube asking him to allow people with Down's syndrome to be vaccinated as a priority because the condition causes a weakened immune system, a greater susceptibility to infections, breathing problems and increased risks of pneumonia.

By early Thursday morning, nearly 1,600 people had signed the petition, the interim goal of which is to collect 2,500 signatures.