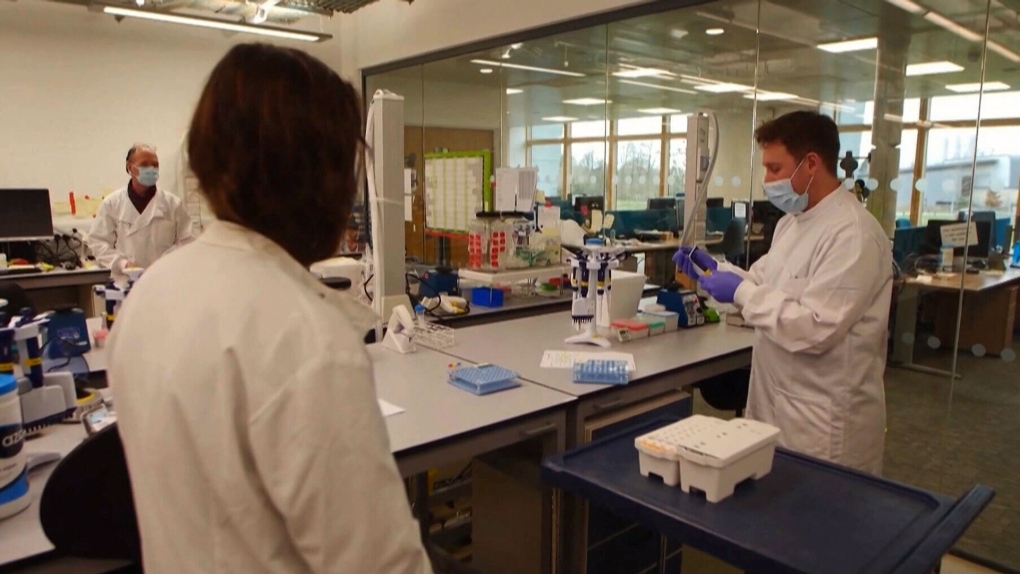 ROUYN-NORANDA -- The Department of Public Health for Abitibi-Témiscamingue says that around 40 cases of COVID-19 identified in recent weeks in the region are suspected to be the South African variant of the virus.

In a press conference, the regional public health director said that around 20 of the cases are directly related to the outbreak in the region after the holidays, while 13 of them are from a more recent outbreak in a school in Landrienne, a small town about 10 kilometers from Amos.

"It was after screening our tests that we got the warning," she said, describing the early test to detect if a variant is present, called criblage in French.

After criblage, the samples are then sent to a specialized lab where the DNA can be sequenced to determine which of the variants they are.

"The screening is fast. It gives quick information that tells us: here, you are facing something," said Sobanjo.

"If we need to make interventions to adjust or adapt, that can allow us that."

The samples will now be sequenced, which will allow public health officials to confirm or deny whether it is indeed the South African variant, as they suspect.

The sequencing will also show whether or not there is a link between the outbreak in January and the one last week in Landrienne.

Although the region's public health leaders describe a situation that's still "under control," the province is still bracing for a slight increase in COVID-19 cases after the spring break, which begins next week.

According to Abitibi's top doctor, however, it won't be on the same scale as the outbreak after the holiday season.

"The context is not the same," said Sobanjo.

At the holidays, some gatherings were allowed, which then caused outbreaks. This time, gatherings are not allowed, she said.

"The people of Abitibi-Témiscamingue want to stay in the orange zone and generally respect the health instructions. We hope they will continue to do so," she said.

Sobanjo also reminded locals that even though restaurants in the region are allowed to open their dining rooms, they still have rules to follow. "The dining rooms are open, but to have access to them, you must have a reservation," she said.

"Also, you must show proof of residence in the region to be able to eat in restaurants. As for the sanitary rules, they still apply."

As of last Wednesday, Feb. 17, the region had only nine new cases of the virus in Abitibi-Témiscamingue: eight in the Abitibi regional municipality (the Amos region), and one in the region of Abitibi-Ouest.

The eight cases in the Abitibi regional municipality came from the Landrienne outbreak, but those affected were already in isolation.