A step forward and a long road ahead: promoting Indigenous languages in Montreal 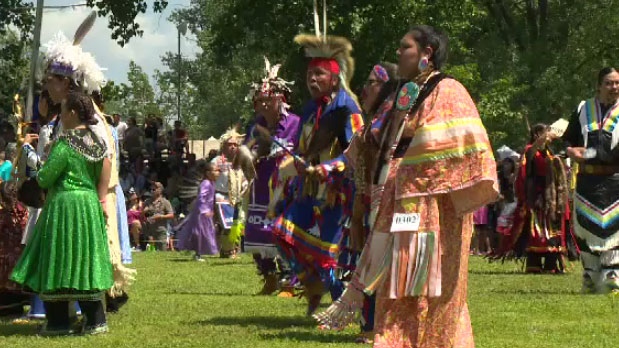 MONTREAL -- Indigenous peoples living in Montreal have an experience of the city that many Quebecers who travel might understand -- though they might not realize it happens so close to home.

They often live and work in an environment far removed from their centres of culture and must adjust themselves to the expectations of others. Recently, however, those mostly-unheard lived experiences were given a voice.

Two weeks ago, the city of Montreal announced its new initiative to promote and assist Indigenous communities in and around the urban conglomeration. One of the objectives listed in the plan was to support cultural development and languages in the urban space, but that is a statement that does not do justice to the magnitude of the task.

This was an ambitious plan and one that needed to answer the needs of many different groups of people. Indeed, Montreal is not only home to groups from the 11 Indigenous peoples of Quebec, but also people from elsewhere in Canada, the United States and even South America.

“There are about 35,000 Indigenous people living in the Greater Montreal,” she added.

Most Indigenous people who live in Montreal do so for practical reasons. According to a 2016 report by Montreal’s youth council, more than 70 per cent of Indigenous people they interviewed lived in the city to work or study.

Between 2011 and 2016, the Indigenous population in the city of Montreal grew by 128 per cent while the total population of the city increased by only 7 per cent. This growth was also reflected across the province, as the number of Indigenous individuals in Quebec increased by 129 per cent in that time.

StatsCan reports that the number of people who could speak the language had increased by 3.1 per cent in that time, but not enough to keep up with an expanding population.

That related to one of the most prominent objectives of the city’s new plan: to assist Indigenous people in re-appropriating their cultures and languages. But here, the city is jumping into a process that has been at work for a very long time.

Philippe Meilleur is the general director for Native Montreal, an organization that supports Indigenous languages and culture, and also offers health, educational and social services for Indigenous people in Montreal. In any given semester, Native Montreal hosts upwards of 150 students, both Indigenous and non-Indigenous, in the adult classes.

“There’s a big draw for parents of Indigenous children that are non-Indigenous themselves,” Meilleur explained in an interview. “Caregivers from the DPJ (youth social workers), people who work with Indigenous people. And then there are other just curious people who want to learn the language too.”

This cross-cultural exchange was something the city wanted to encourage as well, since the plan included glossaries of common terms in Indigenous languages at public locations, and sought to promote Indigenous-language literature in the library network. To Bordeleau, that is an integral part of reconciliation.

“By having an urban community that can speak its language, that is able to practice its culture within the urban setting, you are going to have a more healed community,” she said.

Language can be a very personal thing, however, and Indigenous people can sometimes have a hard time learning alongside non-Indigenous peers since the classes mean something very different to them.

“Instead of coming for a language and being conscious of the space that they're taking up,” Meilleur pointed out, “some of them just are acting as they would in any other class.”

For an Indigenous person, classes offered by institutions like Native Montreal are a means of reclaiming their cultural heritage, one they might not be familiar with due to living in the middle of a large city far away from educated elders who could teach them.

While a non-Indigenous person might see the class as an opportunity to learn interesting things, it is much more vital to many of the Indigenous students who might not be so quick to assert themselves in class.

“Our people are typically more timid than non-Indigenous people,” Meilleur added. “Their learning style is different. It might be less forthright, more subtle.”

This presents a problem, Meilleur said, because an Indigenous person might be severely put off learning by a bad initial experience.

“If their expectation is, ‘Oh, I'm going to go reclaim my culture, go learn the language of my grandfather or grandmother or both’ and then they show up and they have a loud person who's not Indigenous taking up a lot of the space, I think that would turn off most people.”

Because of the limited space and the importance of the work, Native Montreal only offers children’s classes to Indigenous kids.

This approach seems to be validated in the context of learning. According to a study conducted in 2008 on Aboriginal languages in Quebec for an urban diversity research group (GRDU), Inuit children developed a more positive view of themselves and of Inuit as a group when early education was delivered in Inuktitut.

“By using Inuktitut as the language of instruction,” the study’s authors write, “the value and importance of the Inuktitut language and culture is reinforced.”

Despite the city’s plan and initiatives at almost every level of government, however, Meilleur says there is still a lot more Quebecers can do. Meilleur has been involved in consultations and continues to meet with government officials to discuss how to better support Indigenous languages.

The wariness Meilleur feels at non-Indigenous people intruding on Indigenous spaces is not unique, however.

Kahsennenhawe Sky-Deer, elected chief of the Mohawk Council of Kahnawake, said that many Indigenous people feel that corporate and government initiatives mainly co-opt their culture for their own commercial or national purposes rather than empowering Indigenous communities.

She remembered how, a few years ago, Microsoft attempted to develop Microsoft Windows in the Mohawk language in Kahnawake, which elicited a wide range of reactions.

“There was a split community,” Kahsennenhawe Sky-Deer explained. “People thought ‘Great, we’ll be able to have Windows and everything will be in our language, but there was another whole group of people who thought they were just trying to steal and capitalize off of the Mohawk language.”

In 2019, the federal government passed the Indigenous Languages Act. While it set forward several principles that acknowledged the place and importance of Indigenous languages, it left much of how to go about promoting them up to individual provinces and territories.

Canada, Meilleur said, could do much better.

“We have yet to see the benefits to Indigenous organizations and communities,” he added.

“The government is doing consultations to elaborate the process and the program, but I do hope that there will be resolution as early as possible and that funding will be sent out because we expected some quicker resolution of what's been taking place.”

The federal government had suggested allocating a little more than $115 million over 2019 and 2020 to support the Act. Meilleur said less than half of that has been sent to organizations so far, but he also points out that this money from the federal government isn’t all that is needed.

He said the greatest help Montrealers can provide to the Indigenous communities in the city is apply pressure to political leaders to make sure that support for Indigenous languages is an effort that will go on for a long time.