A safe, a statue and unending plastic: hundreds of kilos of trash pulled from St. Lawrence on Saturday 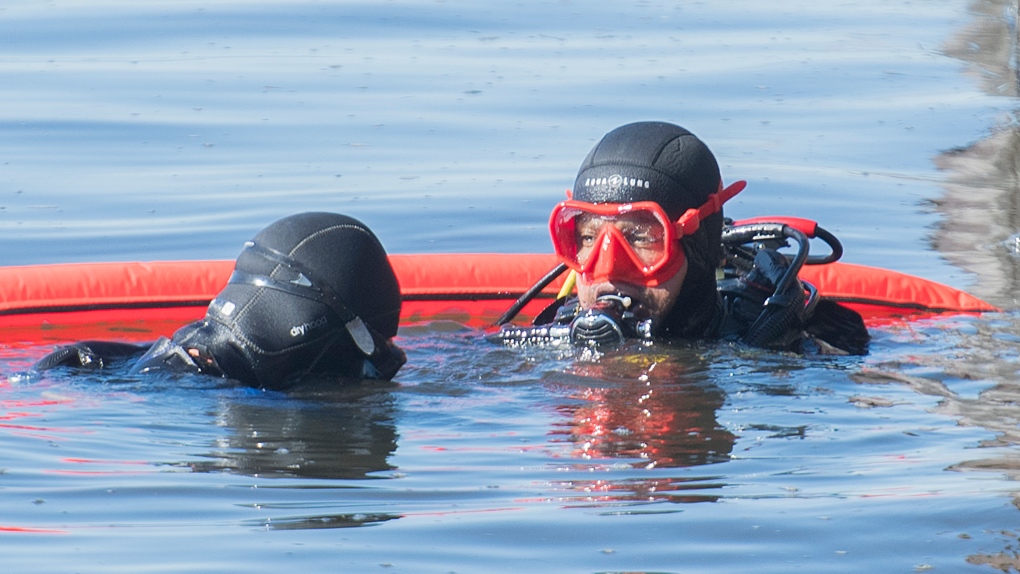 Divers search for trash in the St. Lawrence River in Montreal, Saturday, September 19, 2020, during an annual cleanup day along the river and surrounding parks. THE CANADIAN PRESS/Graham Hughes

MONTREAL -- Bottles of water, straws, XXX-rated adult DVDs and countless cigarette butts: all were part of the harvest in the vast chore of cleaning the St. Lawrence River that took place Saturday.

In several Montreal parks, volunteers worked on land and underwater, to remove the waste that clogs the river and its banks.

It was the first River Day organized by Mission 100 Tonnes, a project of combined Éco-quartiers with financial support from the city. 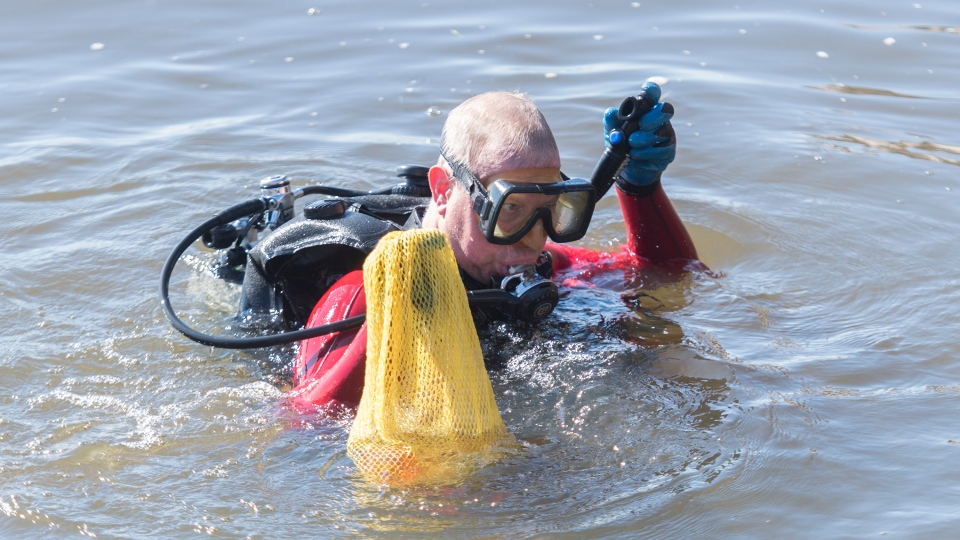 The volunteers were joined by the creators of Operation 360-Degree Cleaning -- a campaign led by explorer and documentary filmmaker Nathalie Lasselin and an organization called GRAME.

At Saint-Louis Park, in the Lachine borough, a hundred volunteers equipped with buckets and garbage clips crisscrossed the area Saturday morning, picking up everything in their path. There were families, groups of friends who biked together to lend a hand, and solo individuals. Many were participating for the first time.

They enthusiastically watched the overall weight of the collected waste grow, each dropping off full buckets. By mid-afternoon, 245 kilos had already been collected.

Some of the more unexpected items picked up were a safe, a Hindu statue, many socks and a mirror in a wooden frame.

Some types of garbage were unfortunately too common: bottles and cans of all kinds, cups of coffee, candy and chip wrappers and piles of small pieces of plastic from a multitude of objects. 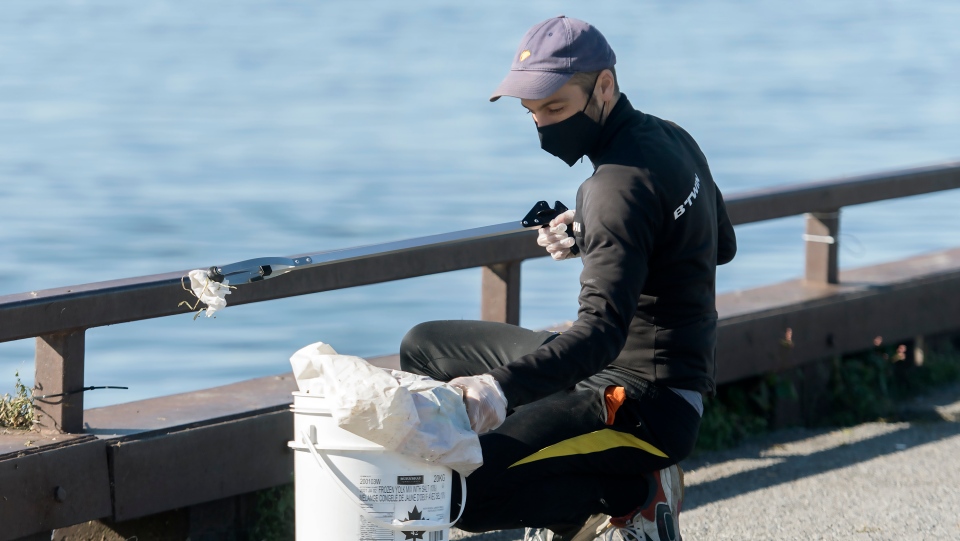 Since Saint-Louis Park often has fishermen on its wharf, many pieces of fishing nets were also found in the bushes.

The larger pieces, including long metal bars, were pulled out of the water by the 12 divers present.

"For them, it's a treasure hunt," said Catherine Houbart, the acting director of Grame, who was part of the group on Saturday.

But fewer large objects were removed, organizers said, than in the last cleanup operations: last year, an entire motorcycle, bicycles, several tires and road signs were removed from the river.

It may be simply the fact that this is the third operation to clean the area around the Lachine docks that explains why there were fewer such objects, said Houbart.

The cleanup isn't meant just to get rid of garbage but also to educate the population, explained Femke Bergsma, who works at GRAME as coordinator of the Lachine Eco-quartier. She was working in front of the organization's kiosk near the dock.

"It's an awareness-raising action, so that people realize that there is a lot of waste and so that they don't throw anything on the ground in the future," she said, adding that the operation also protects fish, turtles, and ducks, many of which basked in the sun in the park on Saturday. 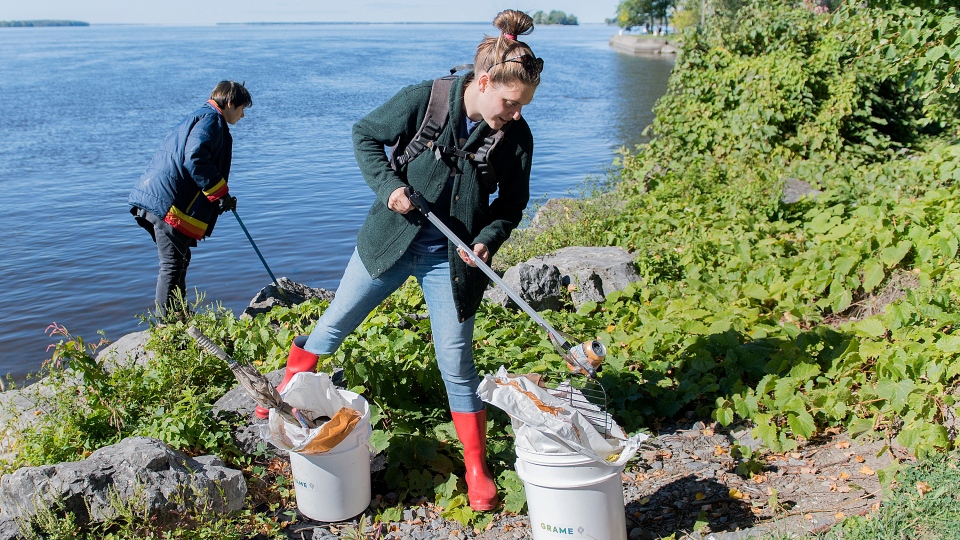 "Plastic stays in nature for a really long time, up to 400 years," she said.

The Eco-quartiers and Mission 100 Tonnes are continuing their organizing in September and October, especially in Verdun, Ville-Marie, Montreal-North, LaSalle, the South-West and Île Bizard.

This report by The Canadian Press was first published on Sept. 19, 2020.