88 per cent of teachers approve tentative agreement with Quebec 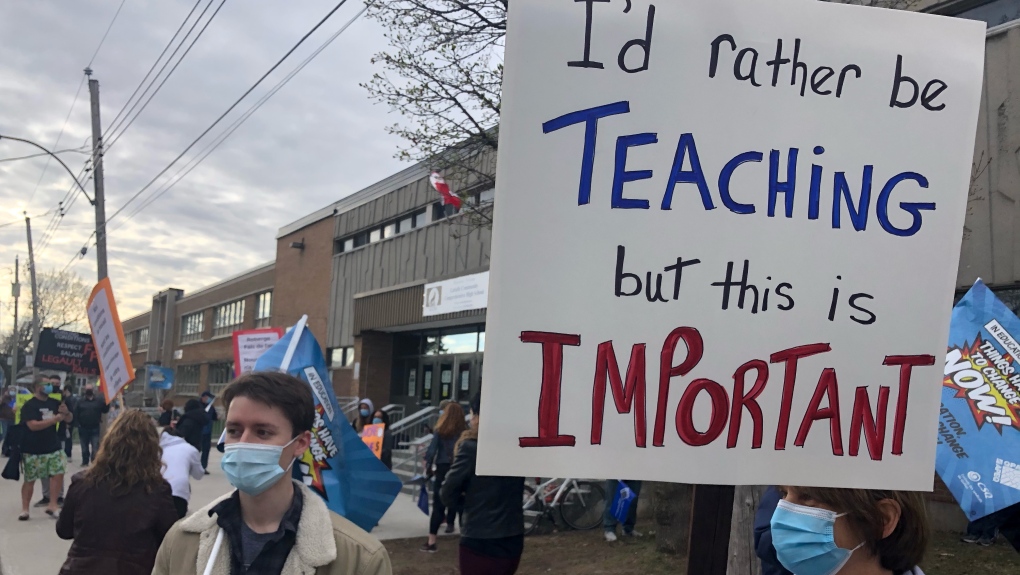 MONTREAL -- Teachers in unions belonging to the FAE have approved the agreement in principle with Quebec for the renewal of their collective agreement by a margin of 88 per cent.

"This will go down in the history of the teaching profession. It's gigantic; it's unprecedented," said FAE president Sylvain Mallette, at a news conference Friday,

"In terms of remuneration, the agreement with Quebec allows teachers to get closer to the Canadian average," he said, while they were lagging behind.

The agreement also provides for higher increases for entry-level salaries.

Treasury Board President Sonia LeBel said she was "very proud of the overall agreement with the FAE, which will change the face of the system."

The majority of teachers, however, are represented by the Fédération des syndicats de l'enseignement, affiliated with the Centrale des syndicats du Québec (CSQ).

It negotiates for 73,000 of them, both French and English.