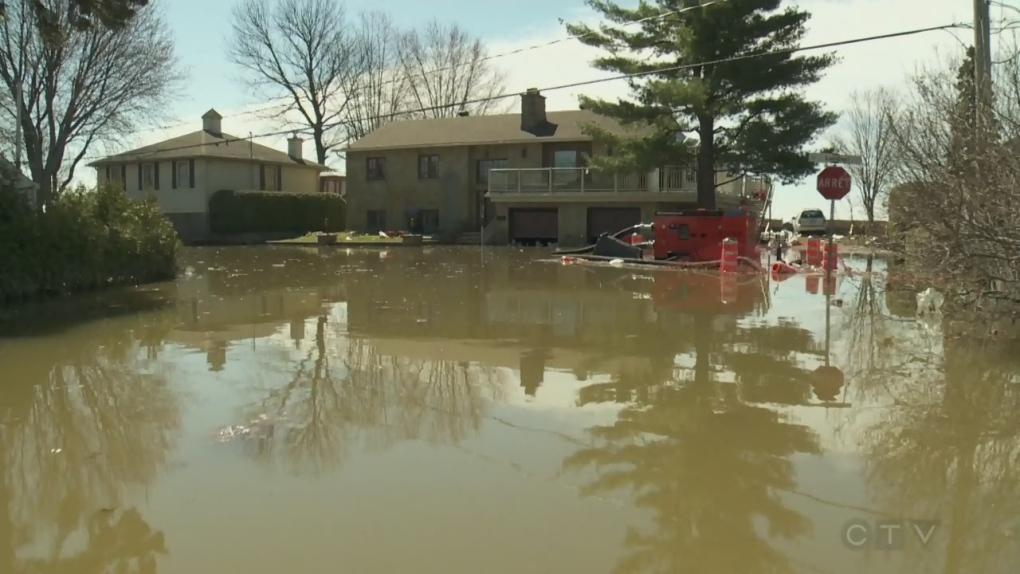 Federal funding is coming to repair a dike that burst in the spring causing major flooding in the Laurentians.

QUEBEC CITY -- Major flooding through the province in recent years is leading the Quebec government to invest $473 million into flood mitigation measures in its 2020-2021 budget, unveiled Tuesday in Quebec City.

The government said it wants to protect the most vulnerable areas and provide relocation support by investing $129 million, in addition to $100 million already announced, to creating offices for flood risk management projects, wetland protection and restoration, establishing space for watercourses or spill areas and sustainable district planning.

Another $300 million has been set aside by the municipal affairs and housing ministry for the next decade to manage the Disaster Mitigation and Adaptation Fund. The fund supports large-scale infrastructure projects to help communities manage risks from natural disasters.

Work to repair and reinforce the dike in Ste-Marthe-sur-le-Lac, which burst during the 2019 flood season, will be funded by this project.

Another $29.8 million over the next five years will go to developing and sharing information about flood risk mapping, with an aim to keep housing and people from being exposed to floods in the future.

A final $40 million over four years will go to developing emergency preparedness and a prevention plan for municipalities when they face natural disasters.