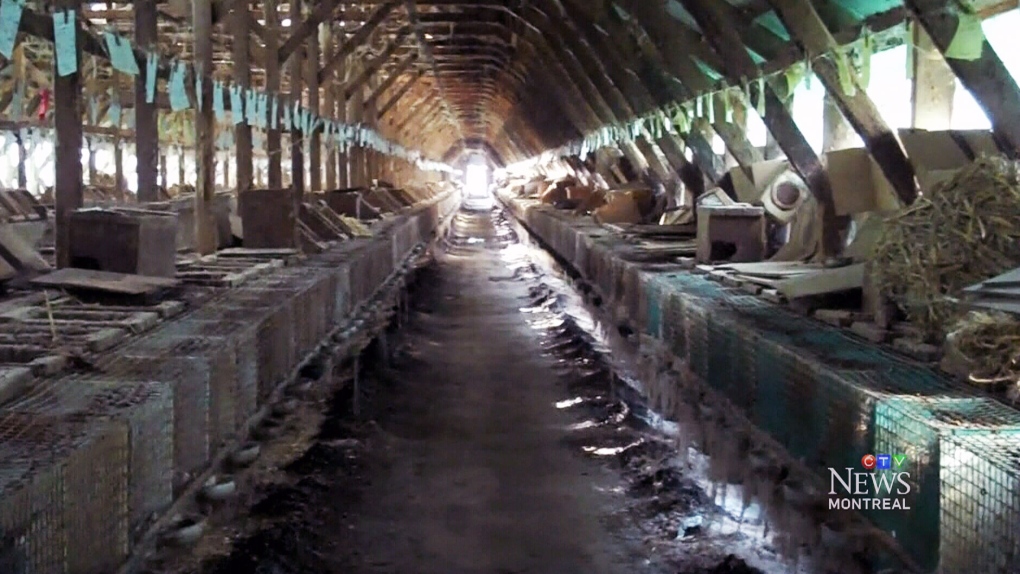 Provincial police are investigating after someone broke into a fur farm and released animals being raised for their pelts.

Sgt. Joyce Kemp of the Surete du Quebec said they received a phone call at 8 a.m. Wednesday claiming someone had broken into the farm and was opening cages.

Police went to the farm as did officials from the Ministry of Wildlife, all leaving before noon.

They determined that 3,000 animals had been removed from cages and shooed into the wilderness.

Ministry officials say that was a thoughtless act since the animals are domesticated and don't know how to live in the wild.

They suspect many of the minks will starve to death, or possibly attack small animals at other nearby farms.

Alan Herscovici, executive vice-president of the Fur Council of Canada, expects many of the animals will be run over by cars.

Herscovici says the animals are drawn to the sound of car engines because it is similar to that of a machine used to feed them.

"Any of them the farmers don't manage to catch again, most will die," he said.

The vandals who opened the cages also broke the watering system used by the farm.

The farm in St. Jude has been the subject of near-daily visits from government animal welfare officials since May.

The SPCA has condemned this fur farm, saying 10,000 mink and 70 foxes are being raised in deplorable conditions.

Earlier this month the SPCA seized several animals that were in very poor shape and had to euthanize seven animals.

The farm’s owner is facing fines of up to $5,200 and has been required to make immediate changes.