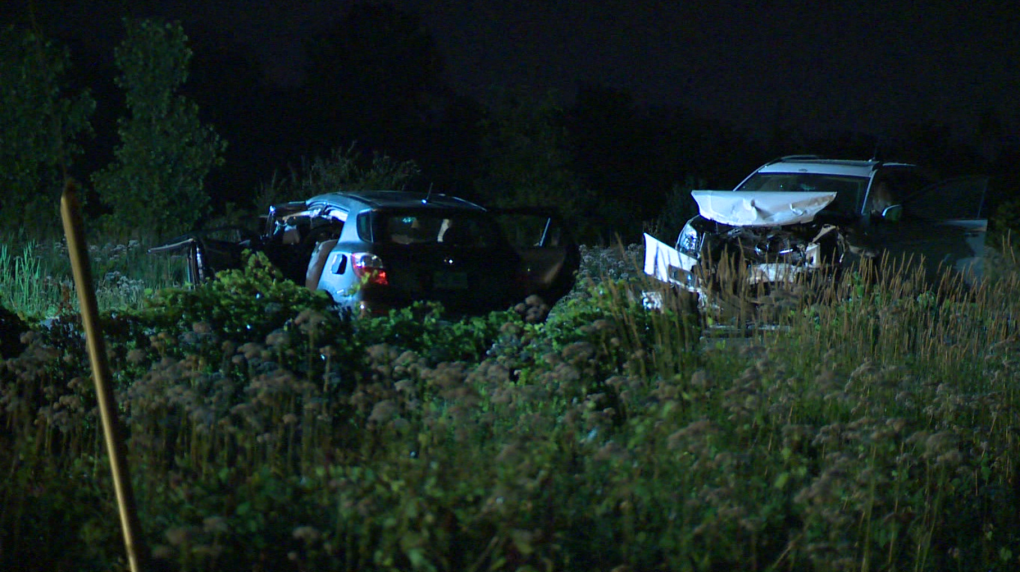 A 26 year old woman has died following a crash in Laval on the evening of Monday, July 4, 2022. (Cosmo Santamaria)

A 26-year-old woman has died and three others were seriously injured following a crash in Laval Monday night.

First responders received a call around 10:30 p.m. reporting an accident near Des Perron Ave. on route 335.

The victim was a passenger in a southbound vehicle that collided with a car headed in the opposite direction.

She was transported to hospital where she was pronounced dead, Laval police (SPL) confirmed.

Three others were seriously injured in the crash but authorities do not fear for their lives.

Traffic was blocked on 335 in both directions for much of the night.

Nunavut's acting minister of community and government services says the territory has declared a state of emergency in Iqaluit to ensure the city can begin replenishing its water reservoir without delay.

Last year, Arzou Lashkari was ready to fly to Canada and start a new chapter of life at Concordia University. But her dream was crushed when the Taliban took control of her country, forcing her to stay home.