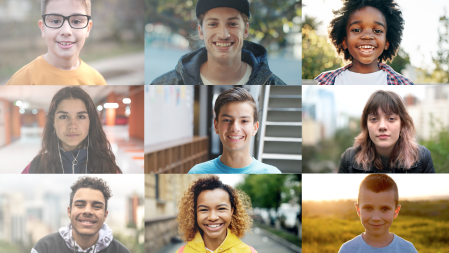 Quebec has launched a new campaign to attract teachers from the rest of Canada and beyond. (Photo: Quebec Ministry of Education and Higher Learning)

QUEBEC CITY, QUE. -- Quebec's Ministry of Education and Higher Learning on Wednesday launched an initiative to attract much-needed new teachers, in particular by inviting foreigners and other Canadians to come to Quebec to teach.

The initiative is entitled "1,216,791 Good Reasons to Become a Teacher," the figure referring to the number of students in Quebec.

The campaign says that whether or not people are teachers in their home country or province, they can become a teacher in Quebec, noting that several training courses are recognized internationally in Quebec and that several professional and academic paths can lead to the teaching profession - all the more so since employment prospects in the field are excellent at the moment in Quebec.

The ministry says it is also possible for those interested in becoming a Quebec teacher to redirect their studies or career to obtain a provisional teaching license.

As for people who have completed their university education in a subject taught in elementary and high schools in Quebec, they can become a teacher by completing a qualifying master's degree.

The ministry is also inviting graduates in vocational studies to re-orient their careers towards becoming vocational trainers.

The initiative comes just months after the Quebec government passed Bill 21, its secularism law that bars most public employees, including teachers, from wearing religious symbols at work.

Critics of the law have said that excluding, for example, women who wear hijabs from working in the province's educational system could contribute to exacerbating Quebec's teacher shortage.