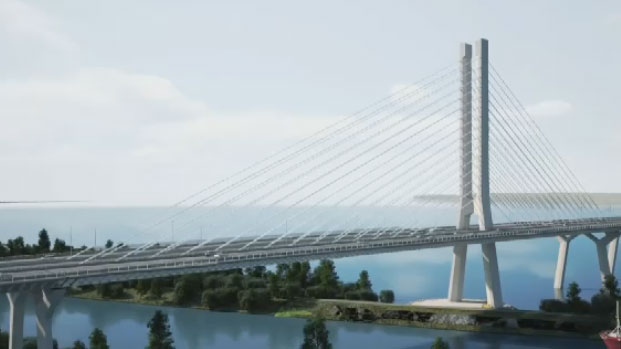 A large tower will be the main visual element of the new $4.2 billion Champlain Bridge, which was originally scheduled to open in December, 2018.

Rescuers have pulled out a worker who fell into a tight retaining structure on the new Champlain Bridge.

The Spider-Man unit of the Montreal fire department rushed to the bridge, near the South Shore, Thursday afternoon after the worker fell into the caisson -- a concrete support structure.


A spokesperson for the Signature on the Saint-Lawrence Consortium said the worker, who was a bridge inspector, lost his footing and fell from a ladder.


She said the inspector injured his right foot.

Rescue workers used one of the cranes to lower a cable down to the man to help extricate him from the caisson.


He was then pulled from the structure and airlifted along with the rescue unit.


He will be treated in hospital for his injuries.


Work safety board CNESST has been informed of the incident.