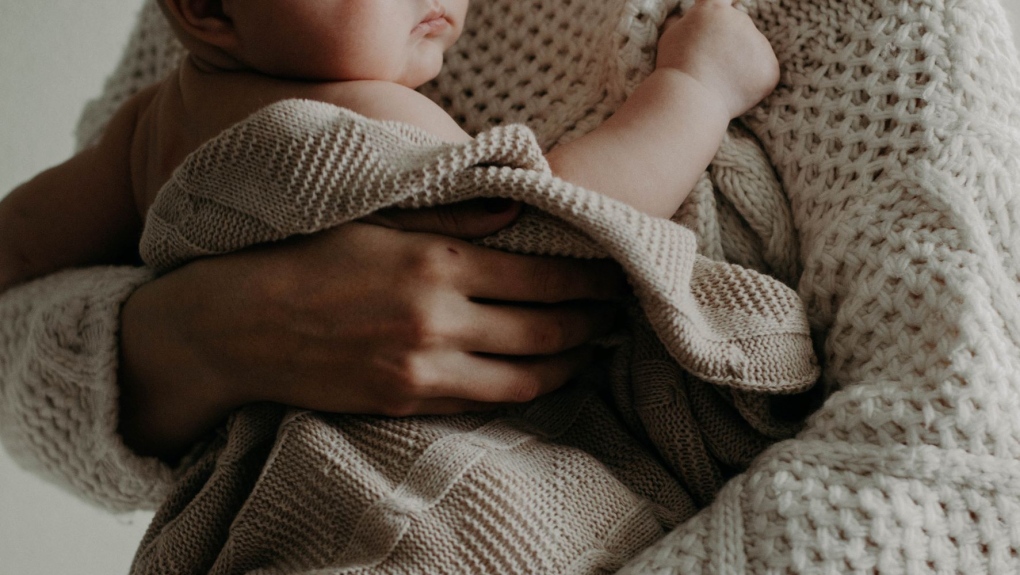 A study by a Concordia University professor says Canadian medical guidelines on pregnancy can stigmatize women who choose to have children later in life. (Source: Kristina Paukshtite/Pexels)

As more and more Canadian women choose to have children later in life, a recent study suggests that pregnant women aged 35 and older tend to be stigmatized by medical guidelines and public policies.

While Scala acknowledges that "these are valid concerns" and that expectant mothers should be well informed before making decisions, she points out that such a focus on potential dangers often paints older mothers as "at risk," "abnormal," or as "irresponsible reproductive citizens."

For example, PHAC described in a 2008 paper the trend to delay pregnancy as "a huge clinical and public health concern," she recalled.

'AGEISM PLAYS A ROLE IN THIS'

In Quebec, as of November 2021, in vitro fertilization costs are only covered for women under 42 years of age due to a rapidly declining success rate around that age.

In addition, while different organizations "are very careful not to make any moral judgments about the value of a disabled life ... there is a lot of emphasis on the likelihood of an older mother giving birth to a child with a disability," she said, "and on the role of women as reproductive citizens to limit those risks."

The idea that a mother should absolutely be young, healthy and energetic is pervasive, according to Scala.

"There's this idea that women are solely responsible for children ... that the world of motherhood encompasses and consumes their entire lives," she said, and that to live up to these expectations, you have to have the energy of youth.

"A woman who looks older, who has gray hair ... is not necessarily what you would consider an ideal mother."

She cites one of the documents reviewed, recommendations on in vitro fertilization published by the Canadian Medical Association in 2015. While the text argued that preventing women from accessing these services would be unethical, it adds that "older women are at greater risk of experiencing complications, which could jeopardize the safety of the offspring, in addition to the psychological or social discomfort that the child might experience by having a mother old enough to be a grandmother."

"I think ageism plays a role in this," she said.

"There are many benefits to having children later in life," she said in her study. "Previous research has indicated that older mothers are often better prepared to raise a child, have greater financial security and greater relationship stability. Recent studies also suggest that older motherhood is associated with long-term benefits for children, such as better language skills and academic performance."

Even without bad intentions, personal aspirations and motherhood are often portrayed as being at odds, she argued. For example, a guide published by the Society of Obstetricians and Gynaecologists of Canada in 2011 explained that with the mistaken belief that assisted reproduction works every time, "unfortunately, it can give women a false sense of optimism that they can delay pregnancy while they pursue their education and careers." This guide has since been withdrawn by the Society.

"On the one hand, women are encouraged to have a career, to be self-sufficient and to be in a stable relationship, but on the other hand, they are warned that their biological clock is ticking," the professor added.

The study entitled "Problematising older motherhood in Canada: ageism, ableism, and the risky maternal subject" was published last March in the scientific journal Health, Risk & Society. Twenty medical and government publications dating from 1993 to 2021 were studied.

-- This report by The Canadian Press was first published in French on July 16, 2022.

Businesses in Canada will soon be able to pass credit card fees on to their customers, thanks to a multimillion-dollar class-action settlement involving Visa and Mastercard.

Price at the pumps hold no surprise this morning, with national averaging slipping

Drivers across Canada were bracing for a big bump in the price at the pumps today, with whispers of a 10-cent hike. But according to the CAA's gas price tracker, as of 4 a.m., the national average price of gas slipped from $1.64 per litre to $1.61.

This year's Nobel Prize in chemistry has been awarded in equal parts to Carolyn R. Bertozzi, Morten Meldal and K. Barry Sharpless for developing a way of 'snapping molecules together.'

When you eat may dictate how hungry you are, study says

We all know that eating later in the day isn't good for our waistlines, but why? A new study weighed in on that question by comparing people who ate the same foods -- but at different times in the day.