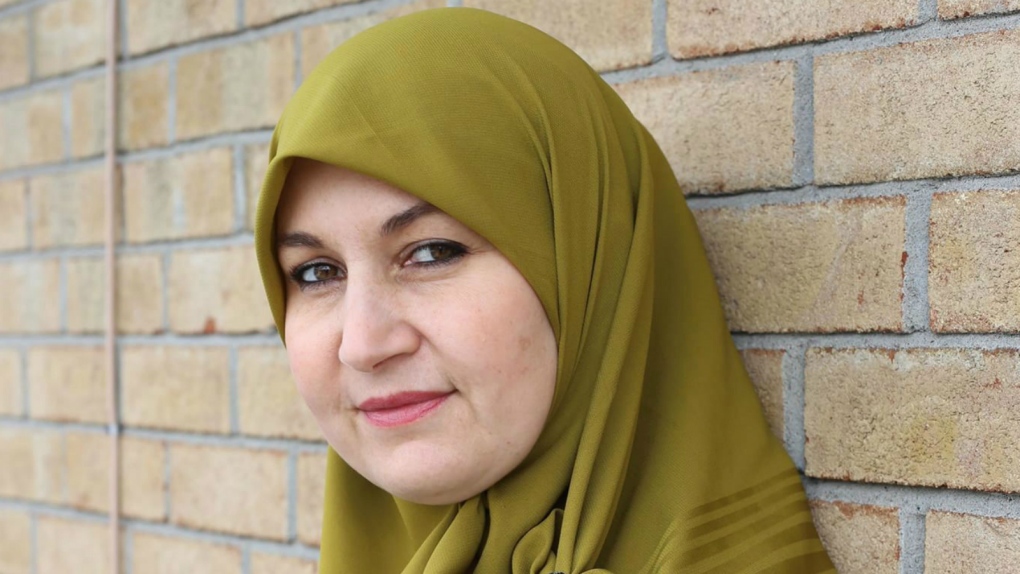 MONTREAL - The divisive debate in Quebec about the clothes Muslim women choose to wear is back in the spotlight, less than six months before the fall provincial election.

Montreal Mayor Valerie Plante suggested last week she is open to city police officers wearing a Sikh turban or an Islamic headscarf, known as the hijab, as part of the official uniform - a practice not uncommon in Canada outside Quebec.

Around the same time, Eve Torres, a 44-year-old Muslim mother of three who proudly wears a hijab, announced she was seeking the nomination in a Montreal-area riding for Quebec solidaire, the legislature's most left-leaning party.

Torres is so far unopposed and is being billed as the first veiled woman to run in a Quebec provincial election.

Heated criticism on TV and in newspapers ensued.

"The veil is a symbol used by Islamists to make their presence known in the public sphere and to occupy that space by the principle of maximum visibility," wrote Mathieu Bock-Coté, a columnist in the popular Le Journal de Montreal.

A column by Denise Bombardier in the same newspaper was published with a photo of a veiled Torres under the headline, Our dark future.

Bock-Coté, Bombardier and another populist writer for Le Journal, Lise Ravary, suggested Torres was an "Islamist," a word that carries a strong connotation of fundamentalism and militancy.

Torres, who describes herself as a feminist who is running to fight for "social justice," told The Canadian Press in an interview Monday she was expecting the reaction.

"For the past 10 years in Quebec, Muslim women have been a big part of the political discussion - somewhat against their will," she said.

"I am not an Islamist, I have never been one and I don't plan on becoming one."

If the PQ wins the Oct. 1 election, Lisée said, he will introduce a bill forbidding state employees such as judges, Crown prosecutors, police officers, prison guards as well as primary and secondary school teachers from wearing religious symbols on the job.

"We will act on this issue from the first day we are elected," Lisée told a news anchor on LCN, a network owned by Quebecor, which counts Le Journal de Montreal among its holdings and whose owner, Pierre Karl Peladeau, was head of the PQ before Lisée.

Lisée said Torres should be questioned on her party's position with regard to religious symbols among state employees.

Torres admitted she had to reflect deeply about deciding whether to join Quebec solidaire, because, like most mainstream parties in the province, it favours restricting judges, police officers and prison guards from wearing religious clothing such as the hijab.

Before joining politics, Torres was a spokesperson for the National Council of Canadian Muslims, an advocacy group that is currently suing the Quebec government over Bill 62, which forces people to uncover their face when giving or receiving a public service.

"I chose to wear the colours of Quebec solidaire," she said. "From the moment I jumped into politics it was no longer about my personal considerations. It's clear I will defend the party's position."

Her decision reflects a political reality in Quebec: a large majority of the electorate - according to polls - agree with some sort of restriction on religious symbols worn by public employees.

She recognizes these are strange times: a hijab-wearing woman attempting to carry the banner for a political party that wants to ban hijabs from much of the civil service - and the party considered the most progressive in Quebec's legislature.

"It's the (political) consensus," Torres said.