Verdun merchants are complaining about the loss of thousands of dollars in revenue after a pilot project bike path removed hundreds of parking spots in the spring.

Parking on Verdun Street a been reduced to one side for a month, as part of the project scheduled to last the summer. The project removed about 275 parking spaces making it tougher for customers, merchants, and some residents to find a spot to park.

“People cannot park,” said Angry Monkey MMA owner Justin Etheridge. “Members I’ve had for a very long time that used to drive their cars here, and park, and never had an issue cannot find parking at all.”

City councillor Marie-Josee Parent, however, says the project has been getting rave reviews.

“I’ve been receiving calls and emails from many people appreciating the project, asking for more bike paths through the whole neighbourhood, and thanking us for feeling safer in the streets,” she said.

Some merchants have taken it a step further. In early June, a group sent a lawyer’s letter to the city asking for the project to be halted. Verdun Mayor Jean-Francois Parenteau received the letter and the city responded saying the project would continue, and that plans are in the works for the bike path to return next summer. 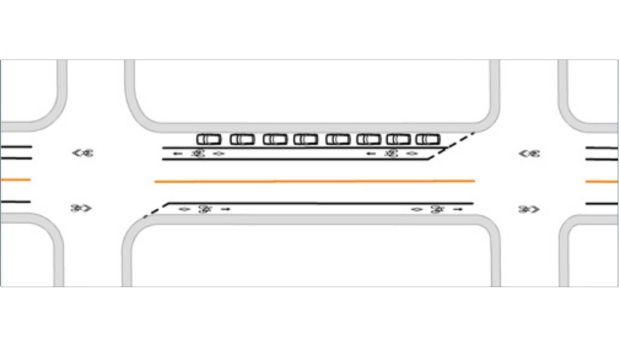