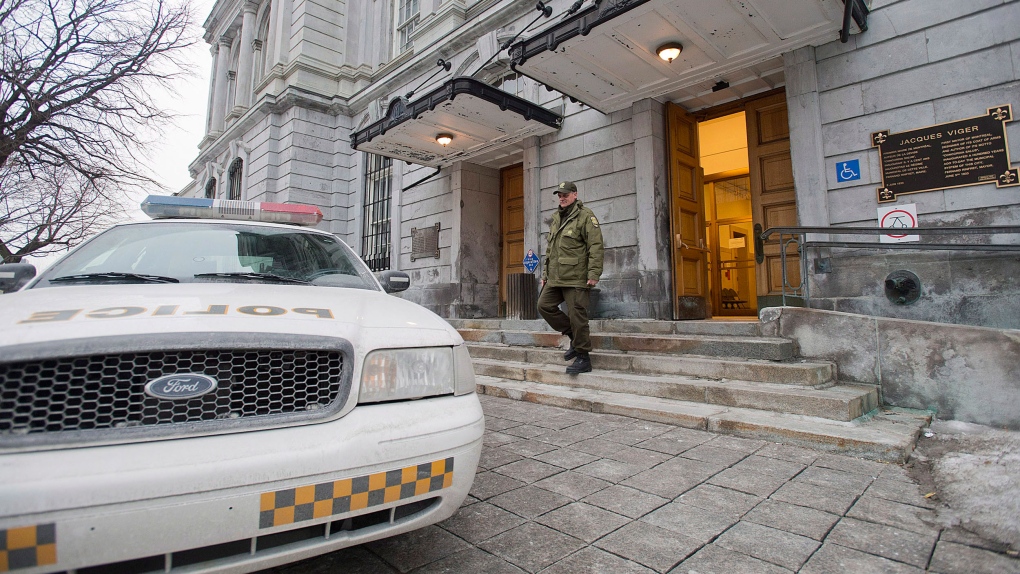 The men face a number of criminal charges including conspiracy, fraud, breach of the trust by a public officer, use of forged documents and fraud against the public.

They were released with a promise to appear in court May 1.

Last December, Theriault was arrested following his testimony at the Charbonneau Commission and charged with perjury. The former city supervisor was arrested after the Surete du Quebec revealed he received a $30,000 discount on his Laval home from Paolo Catania’s firm Catcan Construction.

At the time he received the discount, Theriault was supervising a large construction project by Catcan on Queen-Mary Rd.

According to Operation Colisee, a SQ-RCMP joint effort to stamp down on organized crime, Catcan was one of the businesses photographed with a vehicle outside of the Consenza Social Club, the unofficial headquarters of the Montreal mafia.

Later in the morning, a cousin also named Paolo Catania appeared in a Montreal court in a separate case. That Catania, who operates Frank Catania Construction -- alleged to have ties to the Sicilian MAfia -- appeared along with former Montreal executive committee chairman Frank Zampino and former Union Montreal organizer Bernard Trepanier for charges including fraud, conspiracy and breach of trust in the construction of the Faubourg Contrecoeur residential project.

They return to court on April 29 to have a date set for their mega-trial.