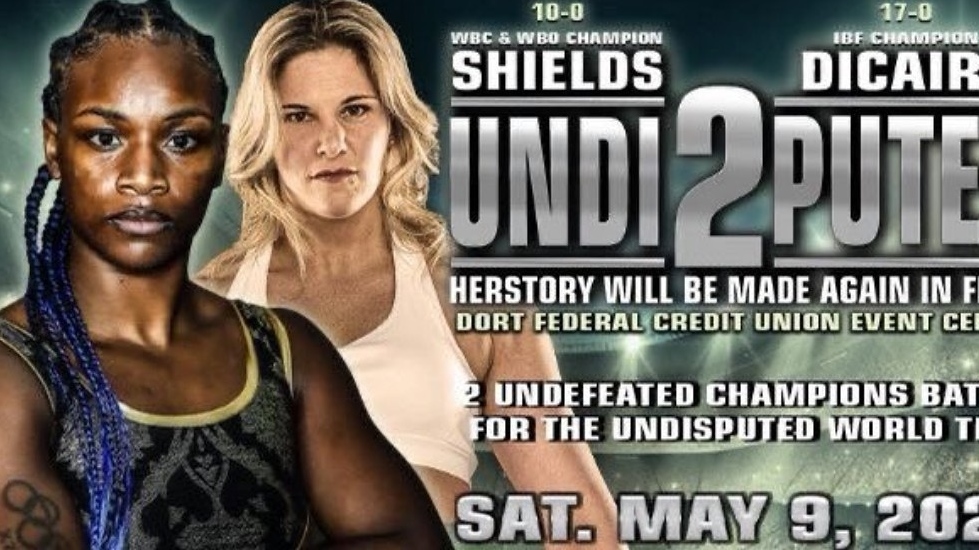 The much-anticipated fight between Marie-Eve Dicaire and Claressa Shields has been postponed due to the COVID-19 outbreak. SOURCE Twitter

MONTREAL -- The schedule fight to unify Quebec super-middleweight titles between Marie-Eve Dicaire and American Claressa Shields which was set for May 9 will be postponed for at least a month due to the COVID-19 pandemic.

Taffet is responsible for finding a new date with Showtime, the network that will be presenting the gala, as well as with the Dort Federal Credit Union Center in Flint, Mich., where the fight will take place.

Dicaire will put her International Boxing Federation (IBF) belt up against the 24-year-old American, who is defending titles from the World Boxing Council (WBC) and the World Boxing Organization (WBO).

The World Boxing Association (WBA) will add the designation of super champion to the winner. Costa Rican Hanna Gabriels is the 'regular' champion.

This report by The Canadian Press was first published Mar. 21, 2020.