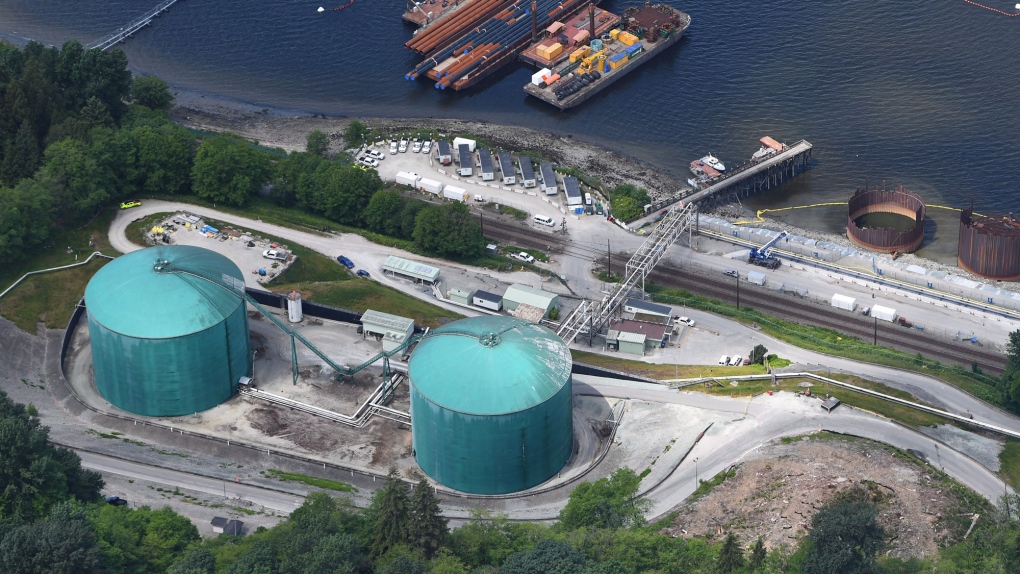 An aerial view of Kinder Morgan's Trans Mountainmarine terminal, in Burnaby, B.C., is shown on Tuesday, May 29, 2018. The federal Liberal government is spending $4.5 billion to buy TransMountain and all of Kinder Morgan Canada's core assets, Finance Minister Bill Morneau said Tuesday as he unveiled the government's long-awaited, big-budget strategy to save the plan to expand the oilsands pipeline.THE CANADIAN PRESS Jonathan Hayward

The Quebec government wants to speak before the Supreme Court of Canada in the legal battle concerning British Columbia's jurisdiction over the Trans Mountain pipeline.

The NDP government of British Columbia has gone to court to try to stop the pipeline running from Alberta to the Pacific Coast, but lost at the BC Court of Appeal in May.

The Court of Appeal ruled that the federal government had the constitutional right to authorize the expansion and operation of the interprovincial pipeline.

British Columbia is appealing that decision before the Supreme Court.

Quebec Justice Minister Sonia LeBel said that the Quebec government will support British Columbia in its fight concerning constitutional powers, even if this province does not want to be involved in the pipeline battle.

"Quebec is not directly involved in this conflict, yet it is an opportunity for us to defend constitutional principles," said Lebel.

Lebel is promoting the argument that British Columbia can stop the pipeline based on the division of powers between the Federal government and provincial governments.

Alberta is also seeking intervenor status, arguing the federal government can impose the pipeline on the provinces.