Under the theme "From Darkness to Light," the 32nd Black History Month aims this year to highlight the richness and diversity of Quebec's Black communities, as well as to create moments of exchange and reflection among the population.

From Feb. 1 to 28, the Black History Month Roundtable will hold various cultural, educational, social and historical events to promote and celebrate the contribution of Afro-descendants to Quebec society.

At a press conference held Wednesday morning in Montreal, the organizers presented the program of activities, which will take place in several cities in the province.

Throughout the month, the public will be able to attend conferences, workshops as well as film screenings, in addition to wearing the green heart with a black stripe, a symbol of participation in the festivities.

The Cinémathèque québécoise will present, among other things, 15 iconic films from "blaxploitation," an American cultural trend from the 1970s that aims to revalorize the roles of African-Americans in cinema.

For Schelby Jean-Baptiste, the event's francophone spokesperson, the month-long event is a perfect opportunity to learn about the 180 or so ethnic and cultural communities in Quebec.

"We realize, over the years, that many elements have been erased or even hidden. We have not finished discovering major historical elements that have an impact on who we are today," she said in an interview.

While there is a historical side to the celebrations, the focus is primarily on social progress, hope and the achievements of the community's honourees.

"The important thing is to shine a light — hence the slogan for this edition — on the accomplishments of the African-descendant communities and celebrate the people who are making a difference today," said the comedian and host. "Show up to the events, stay informed on social media and just go read."

The contribution of Black communities is part of various spheres of Quebec and Canadian society, including politics, the health network and the cultural industry.

"In the course of the pandemic, we realized the enormous contribution of Afro people, and more specifically Black women ... especially in the hospital environment, as orderlies, nurses or doctors. These are all profiles that allowed us to understand the importance of the contribution of Black people in Quebec," said Schelby Jean-Baptiste.

In Canada, Black women workers are mainly in the health care and social assistance sector, according to Statistics Canada data from 2021. One-third of Black women are employed in this sector, compared to 22.5 per cent of the rest of the female population. For Black immigrant women, this proportion climbs to nearly 38 per cent.

African-Canadian women are also increasingly represented in politics, particularly in the metropolitan government. 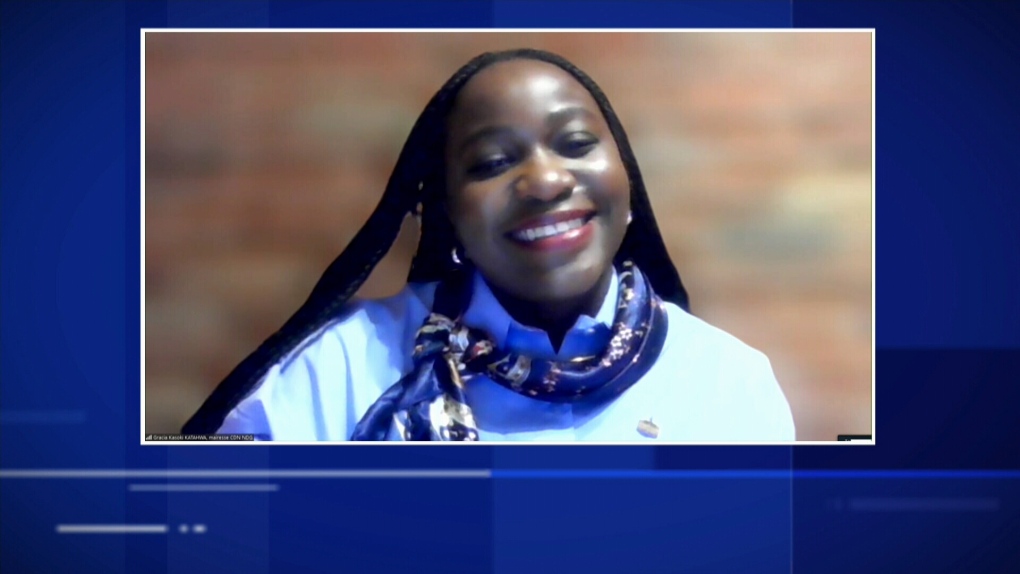 She added that this is the first time that so many people of African descent have held positions on Montreal's city council, executive committee and commissions.

"We have come a long way since the first Black Week was celebrated in the United States in February 1926 and since February was designated as Black History Month in 1976," the mayor told the media.

"Despite this, there is still a long way to go."

In March 2022, the City of Montreal presented 12 commitments to "strengthen and accelerate the systemic transformation of municipal administration."

Developed by the Office of the Commissioner against Racism and Systemic Discrimination (OCRSD), the commitments aim to establish, among other things, public safety free of profiling, cultural, economic and territorial equity, and inclusive citizen participation.

Kasoki Katahwa said the accountability will be presented in March.

This report by The Canadian Press was first published in French on Jan. 25, 2023.

This article was produced with the financial support of the Meta and Canadian Press News Fellowships.