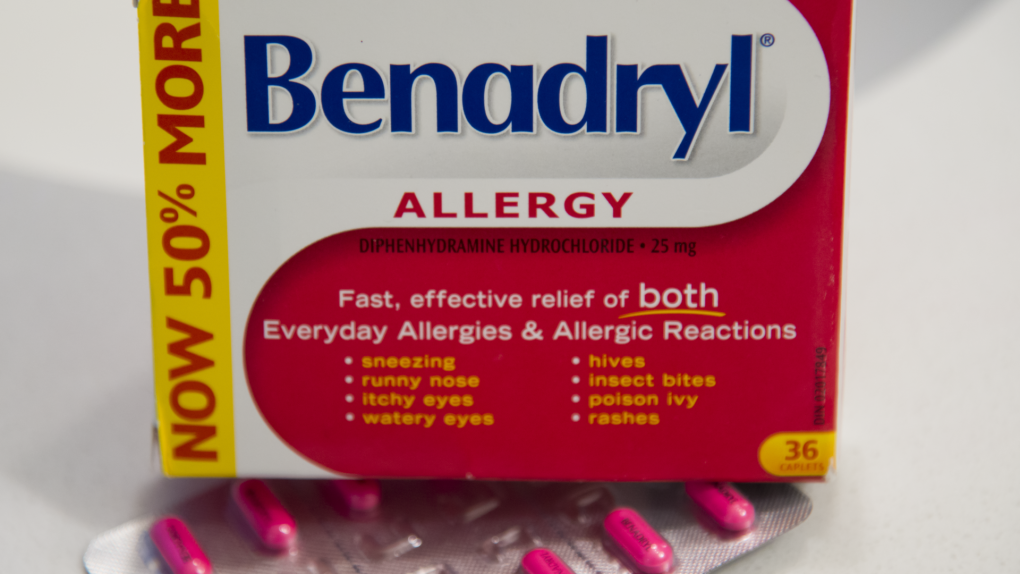 Montreal hospital emergency rooms haven’t yet reported any cases related to the challenge, and Quebec’s anti-poison centre didn’t respond to a request for information by the time this article was published -- but American media is reporting the death of a 15-year-old girl in the Oklahoma City region.

Three other Texas teens were also reportedly rushed to hospital after taking high doses of the well-known allergy medication.

“Benadryl is not necessarily benign,” said Dr. Dominic Chalut, who is an emergency physician at the Montreal Children's Hospital. “When you follow the dosage, no problem – you’ll be fine. But when you go beyond the usual doses – that's where problems can arise.”

An overdose of Benadryl disrupts the nervous system, which is responsible for the proper functioning of the body. The effects can range from a dry mouth and blurred vision to hallucinations, seizures and a fast heartbeat.

When it comes to convulsions, Chalut said it’s easy to imagine the possible consequence if they were to occur while a person is at the top of a staircase or driving.

“And if people are predisposed to having heart problems and they aren’t aware of it, it could predispose them to certain cardiac arrhythmias,” he said.

Those who are participating in the challenge have gone as far as suggesting recipes to follow to obtain the desired effect, by specifying how many tablets should be taken.

But toxicology is often a question of dosage by weight, Chalut said.

“The weight of teens varies a lot,” he said. “So one pill is going to provide much higher milligrams per kilo in a small build than a big build, and the toxic effect is going to be different.”

“There’s a lot of overlap between what can be toxic and what can be lethal,” Chalut continued. “The same dose may have different effects in person X than in person Y. The effects cannot be predicted.”

In other words, there is a very serious risk of exceeding a toxic dose of the pill to reach a lethal dose.

This report by The Canadian Press was first published Sept. 4, 2020.