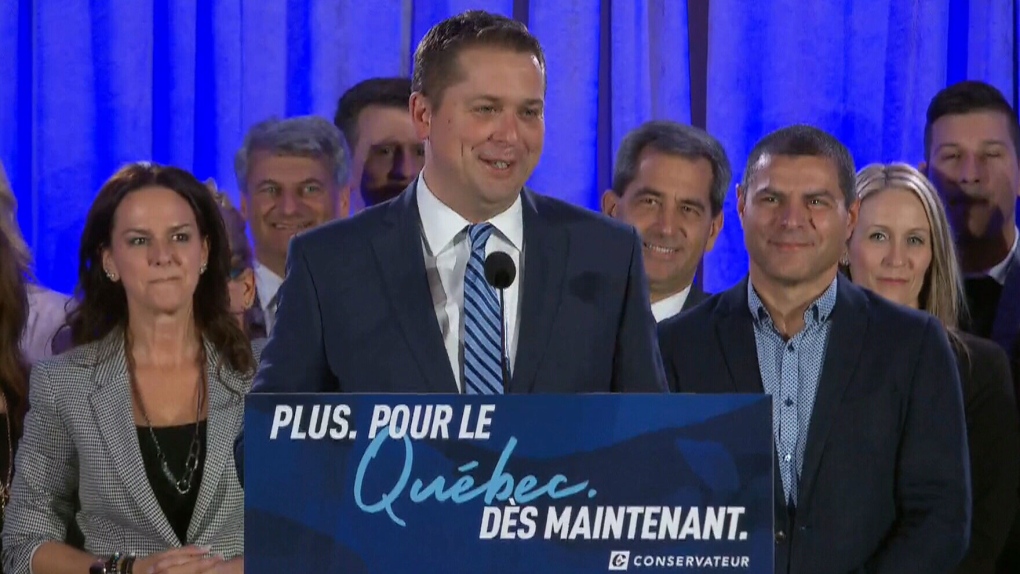 MONTREAL -- The three top federal party leaders will campaign in Montreal Wednesday morning, including Conservative Andrew Scheer whose time in Quebec this morning will likely be his last before Monday's federal election.

Liberal Leader Justin Trudeau will hold a morning appearance at Montreal's botanical garden, and will make his way east to Sherbrooke, pausing in a Legion hall, cafes and pubs with local candidates along the way.

N-D-P Leader Jagmeet Singh is making a pilgrimage to Hudson, Quebec where his late predecessor Jack Layton was raised, and will then hold a walkabout in Montreal and a rally near the botanical garden.

Scheer will appear Wednesday morning with former Olympic champion and Tory candidate Sylvie Frechette in a riding long held by the Bloc Quebecois, but whose current M-P and former interim leader Rheal Fortin was at the heart of some political chaos for the party after the 2015 election.

Scheer will then travel to southwestern Ontario while his provincial counterpart, Progressive Conservative Premier Doug Ford, is set to hold his own events in Ontario's northwestern region of Kenora.

Ford has kept a low profile during a campaign in which the federal Liberals have used his government's service cuts as examples of post-election surprises that Scheer's Conservatives might have in store.