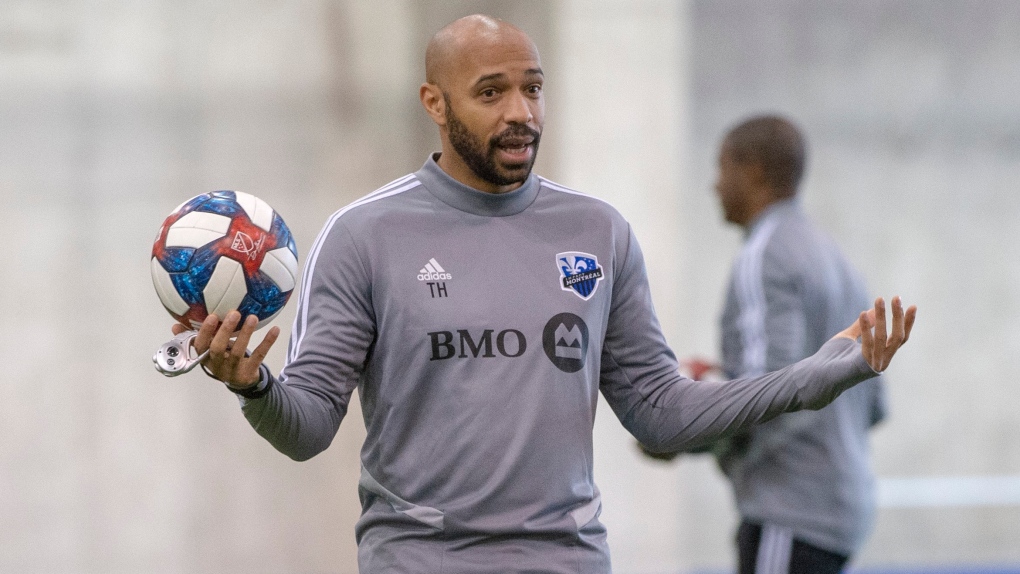 MONTREAL -- Thierry Henry is fully aware the Montreal Impact are lacking depth on defence after just one practice.

The former Arsenal and Barcelona star, who was hired as Montreal's head coach in November, says the Impact are contemplating roster moves after losing key defensive players in the off-season.

"We're working behind the scenes to see if we can add some reinforcements," Henry, 42, said after his first practice on Tuesday. "But as a coach, I need to work with the players I have.

"We have a good number of wingers and forwards. Ideally we would need to acquire two or three defenders, if possible."

Twenty-eight players are at training camp, which moves to Orlando, Fla., later this week. Only four of those are defenders with any MLS experience: Rod Fanni, Jukka Raitala, Rudy Camacho and Jorge Corrales.

On Tuesday, the Impact acquired Canadian centre back Joel Waterman following a transfer from Calgary-based Cavalry FC of the Canadian Premier League. The native of Aldergrove, B.C., signed a two-year contract with Montreal with options for 2022 and 2023.

Henry's first practice was very light and lasted about an hour. The former French international did not want to overexert his players.

"After an hour of training, very good so far," said the retired striker, who signed a two-year deal with an option for 2022. "Application was good and the guys trained with the right intensity. We need to be careful about that because they haven't done anything for a very long time. But I'm happy with the first day.

"It was nice to see the players (in person) because I've been watching a lot of video but it's different to be here, to see who plays and how."

Henry, who previously coached AS Monaco in Ligue 1, has his work cut out for him with a new season fast approaching.

His first match as coach will be Feb. 19 when the Impact travel to Costa Rica for the first leg of a CONCACAF Champions League round-of-16 series against Deportivo Saprissa. The return leg is Feb. 26.

Montreal then begins its MLS campaign three days later at home to New England. The Impact are looking for their first post-season berth since 2016. They went 12-17-5 last season.

"This team hasn't made the playoffs in three years. That's no accident. We have to work on that," Henry said.

"Everyone is starting from scratch," said the new Impact coach. "Everyone has to prove they belong on this team. Yes there's a goalie battle right now. Whoever deserves to play, will play."

Meanwhile, midfielder Ignacio Piatti was back in an Impact uniform, putting an end to constant off-season speculation. Piatti's future was seemingly up in the air when he failed to meet reporters at the end-of-season press conference last October.

It was rumoured Piatti wanted to remain in Argentina with his family, even though the Impact exercised the option on his contract for 2020.

"Last year, after speaking to (sporting director Olivier Renard), I left and had things to do and forgot about the media," said Piatti, who first joined Montreal in 2014. "There's no problem. It's a new year and I'm here.

"My family is there (in Argentina), so it's going to be a difficult year for me. But I'm under contract, so I'm here."

Notes: Assistant coaches Wilfried Nancy and Patrice Bernier and goalkeeper coach Remy Vercoutre are back this season ... Haitian international midfielder Steeven Saba was invited to Montreal's training camp ... After spending two weeks in Florida, the team returns to Montreal on Jan. 29. Then it's right back to Florida for pre-season friendlies.